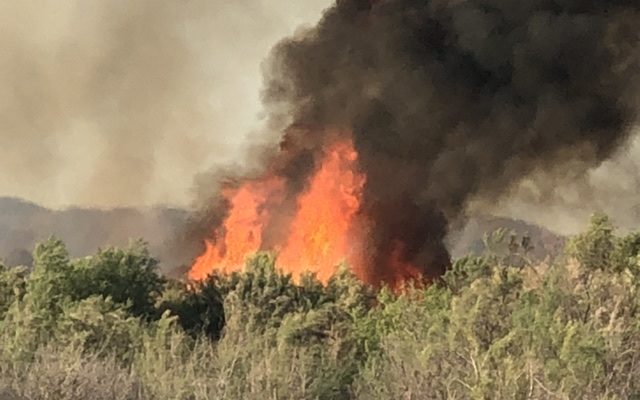 Thatcher/Safford – The Gila River wildfire that began April 29 reignited early Saturday afternoon.
The fire was burning along the north side of the river, roughly two miles in length from start to finish as of about 6:30 p.m.

Winds were pushing the blaze eastwards toward the 8th Avenue Bridge and was about 2 miles from the bridge as of 6:30 p.m.

Firefighters were previously observing the fire’s behavior from Safford/Bryce Road as it burned the thick brush along the riverbed.

The Gila Herald has been informed that the Safford Fire Department has reportedly executed a backburn in an effort to stop the fire before it reaches the 8th Avenue Bridge area.

The fire was reportedly initially started April 29 when a farmer’s field hand was illegally burning and the fire got away from him.