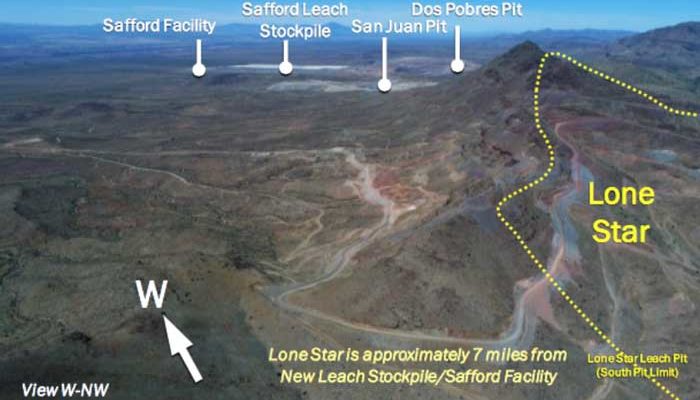 Threat determined to be a hoax

GRAHAM COUNTY – A bomb threat at Freeport McMoRan’s Safford Operations mine site closed roads but did not halt work.

Authorities were dispatched to the mine north of Safford on Friday, March 23, at about 10:42 a.m. regarding a bomb threat.

According to a Graham County Sheriff’s Office report, an employee who operates a water truck for a drill reported seeing a note in a portable restroom that stated, “There’s a bomb in the mine.” The restroom services the lower watershed area of Freeport’s new Lone Star mine.

The employee said after viewing the note he activated the emergency button on his radio and announced the bomb threat.

Upon arrival at the mine, security inquired if any bomb-sniffing canines or technicians were available, and a deputy informed them that the closest technicians would be with the Arizona Department of Public Safety and would have to come from Tucson.

Deputies and mine security then searched the mine for any suspicious objects and roads to the mine were closed during the search.

After not finding any such items, other employees in the area were interviewed about the portable restroom but the investigation failed to reveal who wrote the note.

The roads were then reopened and Freeport’s security force was advised to contact the Sheriff’s Office with any additional information they are able to obtain.

Freeport McMoRan is an international mining company with headquarters in Phoenix. The company operates North America’s largest open-pit copper mine at Morenci and began its Safford Operations with its Dos Pobres mine opening in 2007.