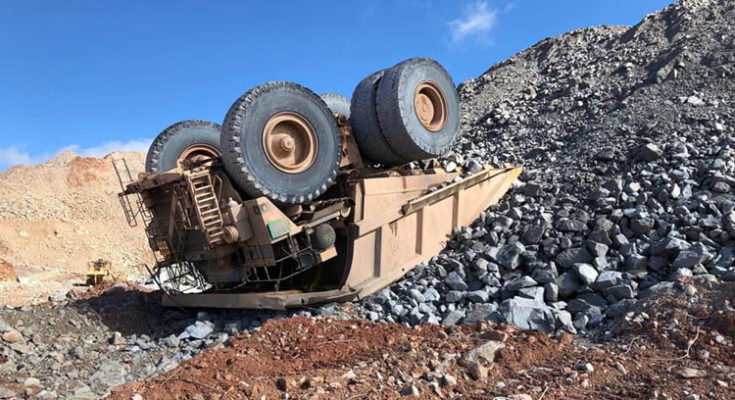 Contributed Photo: A Freeport McMoRan Inc. haul truck rests on its back after flipping over during a berm failure incident in January.

MORENCI – Freeport McMoRan Inc. continues to investigate the cause of a Jan. 16 incident in which one of its large haul trucks flipped over and slid down the embankment of mine tailings.

The incident reportedly occurred overnight when the haul truck went to dump its load and hit a berm at the edge. The berm then gave way and the haul truck fell with it. The driver was not injured.

Freeport Vice President of Communications Linda Hayes said the company was looking into the incident.

“There were no injuries during this incident, which is under investigation,” Hayes wrote to the Gila Herald. “Once the cause is determined, we will take corrective actions needed to prevent a reoccurrence.”