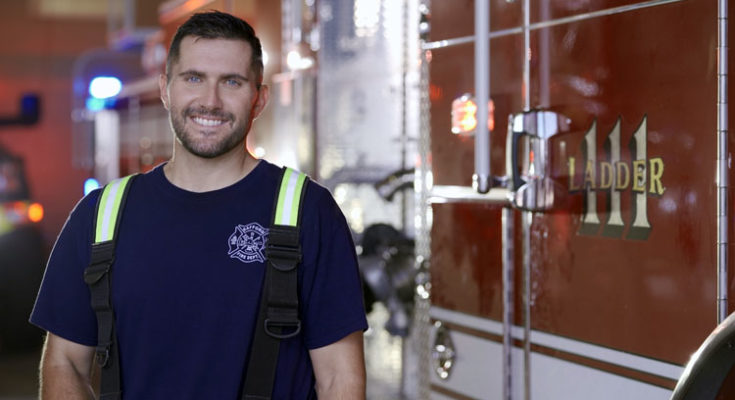 SAFFORD – Once considered an up-and-coming Republican politician who served two tours of combat duty, overcame an opioid addiction to found a recovery center and become an addiction specialist; a volunteer firefighter who received the most votes for an incoming Safford City Councilman, Chris Taylor was on top of the world as he formally launched his bid for Congress in August 2019. Just five months later, however, that world came crashing down around him one fateful night after an injection of heroin subdued his body and soul.

Taylor is being adjudicated by Maricopa County Superior Court Judge Ronee Korbin Steiner, with Channen Day as his attorney and prosecutor Scott Adams for the state. According to the plea, Judge Steiner will sentence Taylor to a term of probation at her discretion. He also faced up to a year in jail.

Prosecutor Adams advised he believed a term of probation was appropriate for the sentence. Judge Steiner set sentencing for Oct. 29 at 8:30 a.m.

The aggravated assault charge stems from an incident the night of  Feb. 19, when Taylor was found unresponsive in his home by his wife at about 10:15 p.m. after he injected himself with heroin. His wife called 911 for assistance and performed cardiopulmonary resuscitation (CPR), which brought Taylor back to consciousness. However, He appeared to not be coherent, and was possibly in a “hypoxic” state, according to Safford Police reports.

Taylor reportedly became combative when a paramedic with Lifeline Ambulance arrived and “shoved” his wife out of the way and closed the door. His wife advised that she did not wish to pursue charges against Taylor, however, an officer advised that in this case, the state could pursue charges of assault/domestic violence on her behalf.

According to the paramedic, Taylor’s wife was holding their infant child during the interaction. (Taylor denies she had their youngest child in her arms and said she had placed the sleeping infant on a recliner prior to breaking open the bathroom door and reviving him.)  The paramedic then ran to the door and forced it open, upon which he reported seeing Taylor and his wife engaged with each other.

The paramedic, who also serves on the Safford Police Department, advised he stepped in front of Taylor’s wife and “forced” Taylor into the wall behind the door. Taylor then allegedly swung back at the paramedic, who grabbed Taylor’s neck and tackled him to the ground, according to the report.

Once on the ground, the paramedic used leg and arm hooks to gain control of Taylor and held him down with the help of his partner until the arrival of an on-duty Safford officer, who placed Taylor in handcuffs. Taylor was then chemically sedated and taken to Mt. Graham Regional Medical Center for treatment.

Read Taylor’s column on what happened that night in an editorial in the Gila Herald here. According to Taylor, he recently achieved six months of sobriety since the night in question.

After the incident, Taylor resigned from his positions on the Safford Fire Department and Safford City Council and suspended his campaign for Congress. He recently has started a podcast titled “Come This Far with Chris Taylor” and speaks on a variety of topics. Check out the podcast for Apple users here, and for Android users here.

Arizona Revised Statute 13-1204 advises that any assault against a paramedic engaged in his or her duties is automatically classified as an aggravated assault. While Taylor was charged with multiple counts of assault, he does not face any charges relating to his possession of heroin and drug paraphernalia due to Arizona’s Good Samaritan Law, which protects victims and others who call for assistance during an overdose.

Taylor previously pleaded guilty in December 2012 to attempted possession of a narcotic drug for sale and was sentenced to probation.