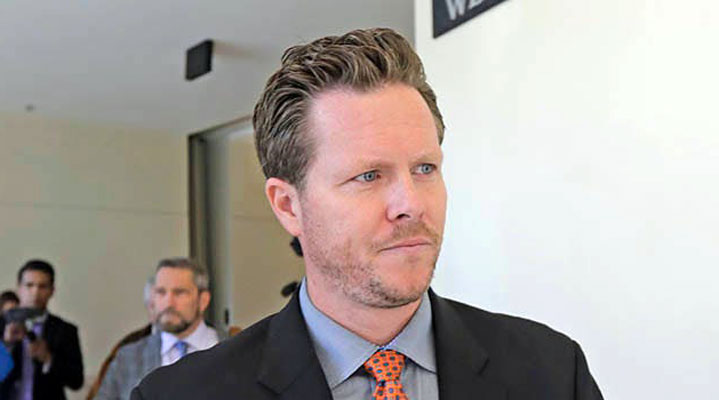 FAYETTEVILLE, ARKANSAS – Former Maricopa County Assessor Paul Petersen, 45, was sentenced Tuesday to six years in prison for his role in a conspiracy to smuggle pregnant illegal aliens from the Marshall Islands to the United States and pay them to give up their babies to adoptive families.

The sentence was carried out by the U.S. District Court Judge Timothy L. Brooks and was prosecuted by the Department of Justice U.S. Attorney’s Office Western District of Arkansas. Petersen’s prison sentence will be followed by three years on probation and he was also ordered to pay a fine of $105,100.

According to the scheme, Petersen, who previously served a mission for The Church of Jesus Christ of Latter-day Saints in the Marshall Islands, ran an illegal adoption scheme in which he smuggled several dozen pregnant illegal aliens from the Marshall Islands to Utah and Arkansas in order to facilitate illegal adoptions. Peterson reportedly paid each of the pregnant women up to $10,000 to have their babies in the U.S. and put them up for adoption. Petersen is an attorney and his law practice had a website called privateadoptionlaw.com, which has since had its account suspended.

“According to the plea agreement filed in June, the FBI, the DSS and local law enforcement, have been actively investigating the criminal activities Petersen, of Mesa, Arizona, for several years,” a release from the DOJ stated. “During the course of the investigation, law enforcement determined that the defendant, Paul Petersen, among other things, orchestrated the travel of several pregnant women from the Republic of the Marshall Islands to the Western District of Arkansas.  The purpose of this travel was for Petersen to arrange adoption of their children by families living in the United States.

During an investigation in Utah, authorities located more than 15 pregnant women living in a Utah residence owned by Petersen after an influx of women from the Marshall Islands giving birth at a Utah hospital was noticed. The women reportedly lived in less than ideal conditions, with many sleeping on mattresses on the floor and receiving little, if any, prenatal care.

“The defendant in this case violated the laws of three states and two countries during the course of his criminal scheme,” said First Assistant United States Attorney David Clay Fowlkes.”  He exploited a legal loophole and used it to run an International adoption business outside the necessary oversight from the United States or the Republic of the Marshall Islands.  During the scheme, the defendant lied to state court judges, falsified records, encouraged others to lie during court proceedings, and manipulated birth mothers into consenting to adoptions they did not fully understand.  This unique case merited the strong sentence ordered by the Court today.  It is our sincere hope that this sentence sends a message to those who would seek to conduct human trafficking operations in the Western District of Arkansas, and to those who would seek to manipulate and take advantage of people like the Marshallese citizens in this case.”