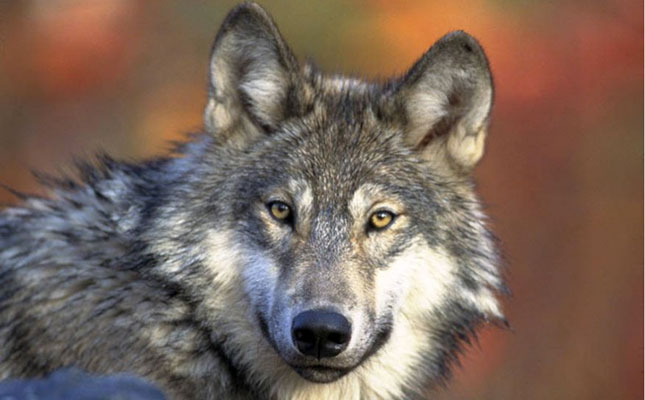 Photo By Gary Kramer/U.S. Fish and Wildlife Service: The government said it authorized the “lethal removal” of four endangered Mexican gray wolves in one week during March only as a last resort when other measures to control the animals did not work. The action came after several months of wolves preying on cows and calves in the area.

PHOENIX – The U.S. Fish and Wildlife Service authorized the killing of four endangered Mexican gray wolves in New Mexico during one week in late March, a move conservation groups call a significant setback to wolf recovery.

A spokesperson said the agency used “non-lethal management techniques to the maximum extent practicable” to control the wolf population and that “lethal removal” was authorized only as a last resort in response to livestock killed over several months.

But Maggie Howell, executive director of the Wolf Conservation Center, called the killings “heartbreaking,” as they came at the same time as “Lobo week,” which celebrates the reintroduction of Mexican gray wolves in Arizona and New Mexico. The killings came just days after Fish and Wildlife announced a 24% jump in the wolf population from last year to early this year when 163 animals were counted.

“To think that while we’re here celebrating wolves, talking about successful population survey and how exciting it is to see this population growing in the wild, little did we know that U.S. Fish and Wildlife and also the USDA Wildlife Services were actually fulfilling these removal orders,” Howell said.

The wolves, three males, and a female came from two different packs. One was killed on March 23 and the others were killed March 28.

Randell Major, president of the New Mexico Cattle Growers’ Association, said he understands why people think the wolf is a “great, majestic and beautiful animal,” but that ranchers see a different side of them.

“I think that any kind of removal that they do with wolves is necessary,” he said. “I mean, whatever’s necessary to remove these animals. We never wanted these animals in the first place, and they’ve been forced on us.

He said ranchers feel helpless as they see livestock lost to wolves.

“You just sit there and watch your livelihood being taken away from you,” he said.

Michael Robinson, a senior conservation advocate with the Center for Biological Diversity, accused the government of abandoning the goal of Mexican gray wolf recovery because “it’s in the pockets of the livestock industry.”

“There’s a culture in the agency that’s very deferential to the livestock industry as well as other industries and affect other endangered species,” Robinson said. “I think it also helps account for these terrible decisions that are at odds with the public interest.”

He said the agency “has rejected the advice of scientists” by refusing to impose a handful of measures that could keep wolves from being drawn toward livestock, such as mandatory carcass removal.

“Just like a dog that smells a leftover meal in the garbage and knocks over the garbage can, wolves will go for stinky-smelling stuff,” Robinson said.

“What happens over and over is the wolves are drawn to areas where cows died of non-wolf causes. They scavenge on the carrion and then they find themselves close to other vulnerable live cattle,” he said.

While the wolves are endangered, section 10J of the Endangered Species Act includes exceptions – what Robinson calls loopholes – that allow experimental populations like the Mexican gray wolf to be trapped, hunted or killed if the federal agency deems it warranted.

Aislinn Maestas, the Fish and Wildlife Service spokesperson, said in an email Tuesday that the purpose of animal removal is to attempt to influence or change wolf pack behavior, reducing the potential for repeated wolf depredations on livestock, “while continuing to promote wolf recovery.”

“It is only after we have exhausted all prior methods to prevent depredations, and the depredations are still occurring that we turn to removal orders,” Maestas said.

Robinson said his organization will “push for these kinds of loopholes to be eliminated” during a 60-day public comment period that began last week on the Mexican gray wolf conservation plan. He called last month’s killings a “significant setback to Mexican wolf recovery.”

Howell said she is “extremely disappointed” with the agency’s lethal removal go-ahead and the lack of transparency that led up to that decision. She said the agency “could be doing more” and that “killing the animals should not be a management tool that’s used.”

Instead, she would hope animals could be sent to facilities like the Wolf Conservation Center, a participant in the species survival plan, where they “can live in a relatively comfortable or similar way that they would live in the wild,” but behind a fence.