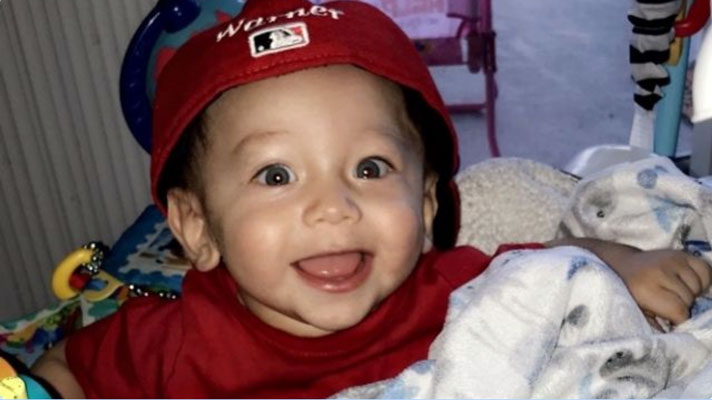 Image Courtesy GoFundMe: Aaron Jordan Garza, 11 months, was declared brain dead on Nov. 18. His father, Aaron Adrian Garza, 26, was arrested Wednesday and booked into the jail on charges of manslaughter and child abuse.

GRAHAM COUNTY – Aaron Adrian Garza, 26, was arrested Wednesday, Nov. 27, and booked into the Graham County Adult Detention Facility on charges of manslaughter and child abuse regarding the death of his 11-month-old son, Aaron Jordan “AJ” Garza.

After reviewing autopsy results from the Pima County Office of Medical Examiner and interviewing Garza, the Graham County Sheriff’s Office placed Garza under arrest and booked him into the jail. Garza has yet to be formally charged by the Graham County Attorney’s Office, however, which has until the end of business on Tuesday to file a complaint against him or let him out of jail. The rule is commonly known as “the 48-hour rule” but basically it states that the prosecution must file a complaint against a defendant within two working days of the defendant’s initial appearance before a judge. Since Thursday and Friday are Thanksgiving holiday days for the Graham County Attorney’s Office and Saturday and Sunday are weekend days, the office has until the end of the workday on Tuesday to file the complaint or release Garza.

The investigation stemmed from a 911 call to Graham County Dispatch at about 11:28 p.m. on Friday, Nov. 15, from a residence on S. Cheyenne Drive. The reporting party advised that the infant was not breathing but was gasping for air and was possibly choking on a chip. The reporting party later advised that the infant stopped gasping entirely at 11:32 p.m.

Paramedics from Lifeline Ambulance reportedly arrived at the residence shortly before midnight and transported the baby to Mt. Graham Regional Medical Center, according to Dispatch notes.

Upon arrival at the hospital, AJ reportedly showed signs of bruising and had head trauma, which possibly included a skull fracture.

The Arizona Department of Child Safety (DCS) opened a case regarding the incident and placed AJ’s 22-month-old sister in a foster home on Saturday, Nov. 16, and began a dependency case for her. DCS reportedly previously investigated the family when AJ was just two months old after he was taken to the hospital with a fractured leg that the family reported had happened when Garza tripped while carrying him and fell on top of the infant.