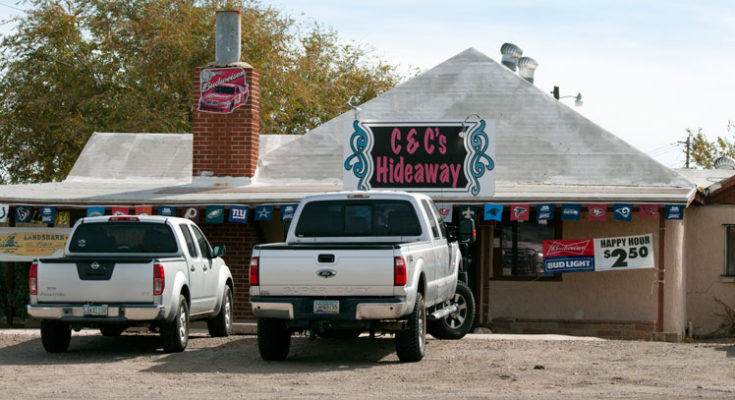 Jon Johnson Photo/Gila Herald: A man was shot and killed outside of C&C’s Hideaway Bar & Grill late Friday night. On Saturday, it was business as usual at the bar.

According to Graham County Sheriff P.J. Allred, deputies were dispatched to the bar at about 11:30 p.m. regarding a shooting. Upon arrival, they found the victim deceased outside of the bar.

The investigation is ongoing and the Sheriff’s Office is speaking to people of interest, but a suspect is not in custody as of 2 p.m., Saturday.

The victim’s family has been notified but the Sheriff’s Office has not yet released his name.

On Saturday, it was business as usual at the bar as everything occurred outside.