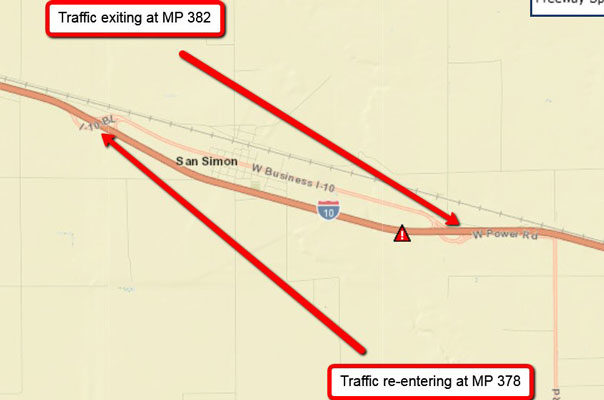 One of the semi-trucks reportedly caught fire and at least one person was declared deceased.

According to the Arizona Department of Transportation, the closure came into effect at about 3:24 a.m. and included the westbound lanes of I-10 from three miles east of San Simon to roughly one mile west. Westbound traffic is being diverted onto the W. Business I-10 loop and can then re-enter the freeway at exit 378. Eastbound traffic is not affected except for the eastbound exit at 378 is blocked.

The cause of the crash is under investigation with the Arizona Department of Public Safety.