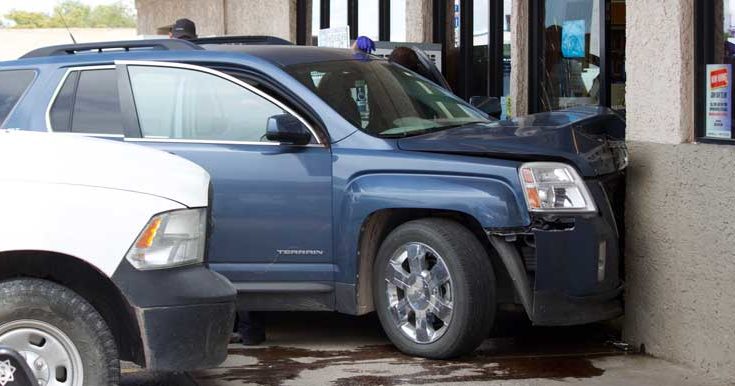 SAFFORD – An elderly woman crashed her GMC Terrain SUV into the Giant gas station at 105 E. U.S. Highway 70 on Wednesday.

The collision occurred at about 2:15 p.m. when the woman was reportedly attempting to park the vehicle. A handicap placard was hung from the rear view mirror.

The woman apparently suffered a bloody nose in the collision and was taken by paramedics from Lifeline Ambulance to Mt. Graham Regional Medical Center for observation. An elderly man was a passenger in the vehicle and appeared to not be injured.

The crash caused extensive front-end damage to the SUV and damaged the gas station’s doors. The SUV was later towed from the scene.