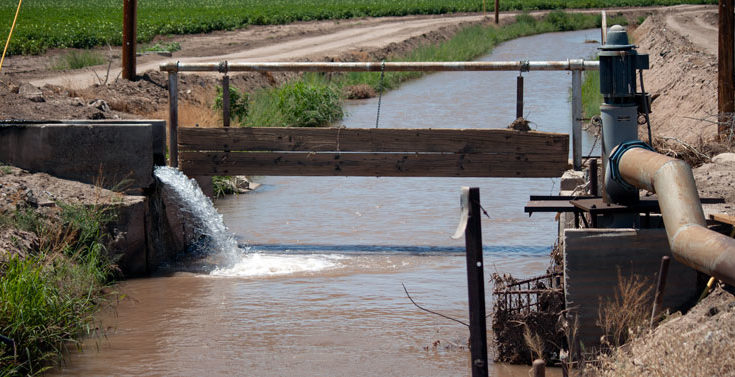 Jon Johnson Photo/Gila Herald: An elderly man was found deceased in this canal along 8th Street just west of Bauer Avenue on Saturday.

THATCHER – The body of an elderly man was removed from an irrigation canal near Bauer Avenue and 8th Street in Thatcher on Saturday. The man was found deceased in the canal.

A reader informed the Gila Herald at about 1 p.m. that several law enforcement vehicles were at the scene along with what appeared to be a mortuary vehicle.

Thatcher Police Chief Shaffen Woods advised that the death is being investigated by the Thatcher Police Department and more information would be released when prudent. No other information on the cause of death was given at that time.