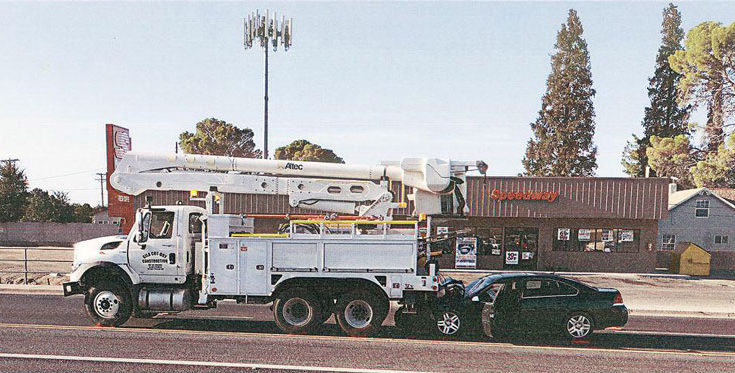 SAFFORD – Jesus Peña, 85, was pronounced deceased at Mt. Graham Regional Medical Center on Sunday morning after he crashed into a stationary service truck on U.S. Highway 70.

According to a Safford Police report, an electric service truck from Gila Cut Out Construction was part of a three-truck convoy and had stalled on the highway. One of the other trucks pulled behind the stalled truck and activated its hazard lights, as the third truck attempted to tow the disabled vehicle.

However, before the disabled truck could be removed, an eastbound sedan driven by Peña slammed into the rear of the truck with its hazard lights on, apparently without even applying his brakes.

A service worker called 911 and removed Peña from the vehicle and began cardiopulmonary resuscitation (CPR) after not locating a pulse. A Safford police officer relieved the worker until paramedics with Lifeline Ambulance arrived, which then transported Peña to the hospital.

According to the police report, Peña – whose cause of death was listed as from traumatic chest injury – was not wearing his seatbelt at the time of the collision. The officer noted that the seatbelt appeared to not be functioning correctly.