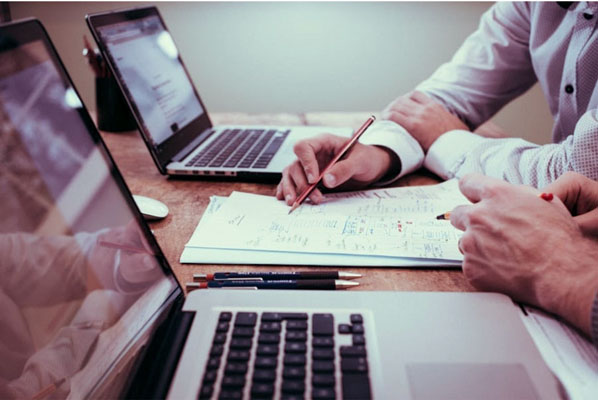 Mainstream media organizations bungled or suppressed, this major news event at the same time the 2019-20 presidential election campaign was in progress.

Coincidental or intentional?  Either way, press credibility sinks a little deeper into the muck.

Hunter’s laptop flubs are actually yesterday’s news.  However, it took another newspaper to reveal The Times’ delayed confession.  The New York Post loudly proclaimed in its Mar. 17, 2022 issue “Forgive the profanity, but you have got to be s*****g us.”

The Post then comments, “First, The New York Times decides more than a year later that Hunter Biden’s business woes are worthy of a story.  Then, deep in the piece, in passing, it notes that Hunter’s laptop is legitimate.”

Previously, The Times, like most of the media, insisted Hunter’s incriminating laptop tales was “Russian disinformation.”  Joe Biden similarly remarked during one of the presidential campaign debates that Hunter’s missing computer was a Russian fabrication.

The “Let’s blame everything on the Russians” excuse was normalized during the daily news reciting of the “Trump/Russia collusion” diatribes.  Factual press coverage of Trump’s Administration became so perverted as to bear little resemblance to impartial and accurate reporting.

Democrats in the U.S. House of Representatives kept the deception going by impeaching President Trump twice.  The only time that ruse has been tried.  Their efforts eventually failed.

In the March 16, 2022 edition, the NYT finally conceded – they were aware of Hunter’s computers and the fact his dad, then-Vice President Joe Biden, was also mentioned as being involved in a few of Hunter’s capers.

During Joe Biden’s tenure as President Barack Obama’s VP, Hunter was employed by a Ukrainian natural gas company called Burisma.  In spite of the fact Hunter had no natural gas education, training, experience, or spoke the language, the company created a high-paying job for him on its board of directors

Why?  Why would a foreign energy company hire the son of the Vice President of the United States?  Perhaps, the company thought it would be beneficial to do so.

During this time the company was being investigated for corrupt business practices.  Hunter’s laptops detailed some of this information by displaying emails indicating there were meetings attended by himself, father Joe, and representatives of the company.

Realizing the investigation could develop into a nasty situation, VP Joe pressured Ukrainian officials into stopping its inquiry of the company or he would not approve a costly U.S. aid package.

Joe has continued to insist he didn’t participate in the meetings, although he did publicly admit he would withhold the aid unless the Ukrainian prosecutor investigating the company was fired.  “Son-of-a-b***h, they fired him” he later joked.

There’s no telling how damaging this information could have been to Joe’s presidential campaign if the media had done its job.  Instead, the few facts leaked out were, as usual, blamed on the Russians or totally ignored.

The laptops are a treasure trove of the Biden family global business intrigues.  From Russia to China, to Ukraine to who-knows-where?  It’s a tangled web that is gradually being unraveled.

Keep in mind, the Bidens have nothing to offer but inside information and influence.  They don’t make or sell a product, haven’t invented a marketable item, or are successful in the academic or business world.  Joe’s been a professional politician nearly his entire adult life.  That’s about all he knows how to do.  To his credit, the experience – and exposure – he’s gained in Washington the last 50 years seems to have been very profitable.

To think, this muddled scheme would probably never have been discovered if only Hunter had remembered to return to the computer repair shop to pick up his laptops.  Instead, after several months of Hunter failing to retrieve the machines, the technician notified authorities and revealed what he discovered contained within them.

The FBI took possession of the laptops. The press has also known about them since 2020.

Amazingly, Papa Joe once bragged Hunter is “The smartest man I know.”  If that’s the case, Joe must not know very many smart people.

The Times, scrambling to cover its tracks reported “Those emails were obtained by the New York Times from a cache of files that appears to have come from a laptop abandoned by Mr. Biden in a Delaware repair shop.  The emails and others in the cache were authenticated by people familiar with them and with the investigation.”

Finally, in a terse response, The Post concludes “Authenticated!!!  You don’t say.  You mean, when a newspaper actually does reporting on a topic and doesn’t just try to whitewash coverage for Joe Biden, it discovers it’s actually true?”

Several individuals are now demanding the Bidens be investigated, including Pennsylvania U.S. Senate candidate Dr. Mehmet Oz who recently commented to The Post, “This is just another example of the media being quick to silence anything that would shine a light on the corrupt Biden family.  As Pennsylvania’s next senator, I will support an investigation into the findings of Hunter Biden’s laptop and any efforts to cover it up.”

Of course, we’ve heard previous outcries for Hillary’s dubious antics, so be hesitant in placing too much faith in Congress resolving Biden’s alleged misdeeds.

By the way, don’t bet on social media being honest in its reporting.  If, in fact, it allows the story to be mentioned or discussed at all.  For some reason, they’ve pretty much remained mum on this whole scandalous mess.