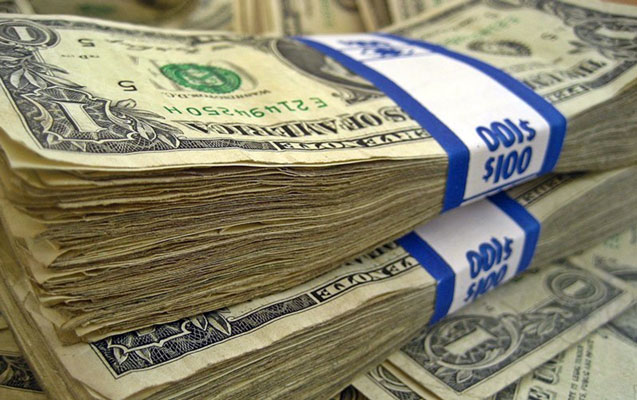 I’ve heard the phrase nearly my entire life, “Pay your fair share,” when speaking of income taxes.  Yet, I’ve never read an official definition or legal explanation of what a fair share of taxes actually means.

Maybe there’s a description in the IRS Code:  What is a fair share?  Not what the IRS considers income, but what a fair share of income taxes lawfully is.

More importantly, what exactly is “income”?  It must have a definition since a major department of government wielding immense authority, employing tens of thousands of workers, with hundreds of books of rules and regulations, is predicated upon the concept of the term.

As if this isn’t enough, President Joe Biden wants to hire thousands of more IRS agents to make sure you are paying your fair share.  Tax audits will become as common as COVID and inflict about the same amount of misery.

I understand what sales taxes are, property taxes, fuel taxes, user taxes (fees), and a myriad of other taxes – their definition is in the name.  But what is income?  In what statute is the description of the word found?

The 16th Amendment to the U.S. Constitution stipulates “The Congress shall have power to lay and collect taxes on incomes, from whatever source derived. . .”  So logically, the word “income” must mean something.  Congress couldn’t collect taxes by using an abstract or undefined term.

Nor, is income called a “Remuneration Tax,” or direct tax since the Constitution specifically forbids such a tax on a person’s earnings unless everyone is equally assessed (Art. 1, Sec. 9).

After several unsuccessful attempts, the Supreme Court finally decided an “Income Tax” was constitutional because it didn’t violate Art. 1, Sec. 9.

As a result, an income tax must be entirely different than a direct tax on an individual’s earnings, wages, or salary.  It has to be a tax on a separate source of revenue, obtained by using other means.

Which it is – or used to be.  Instead, the IRS simply ignores the lawful definition of income and collects taxes on virtually every type of individual and business enterprise.

Nearly everyone lives in fear of the Internal Revenue Service and what it can do to destroy a person’s life or business.  “Don’t mess with the IRS” is basically the 11th Commandment in the United States.

Ironically, “Taxes are the price we pay to live in a civilized society” is boldly inscribed upon the IRS building in Washington, as if it’s as necessary as food and water.

However, it doesn’t mention income taxes or how civilized society should be.  To me, our country being nearly 30 trillion dollars in debt doesn’t sound very civilized.

Income taxes are two words thrown around thousands of times daily, particularly during tax season.  Accounting and tax services are based upon it.  As a result, it shouldn’t be very difficult to determine what income taxes are and who they legally affect.

President Biden has recently mentioned several times everyone should pay their “fair share” of taxes to support his proposed budgets and tax increases.  With an incomprehensible debt load already, does it really matter what a person’s fair share of taxes is?

Besides, the government simply borrows or prints any additional money it may need.  Why hassle a private citizen for a few extra hundred dollars in fines and taxes when the Treasury Department can simply start up the printing presses and crank out millions or billions of greenbacks, or send bogus checks to practically anyone with a mailing address.

They do it every day and few government officials complain about the inflationary aftershocks.

After the first ten or twenty trillion dollars in the hole, who’s counting?  The figures simply become meaningless ledger entries in the Treasury Department and Federal Reserve Bank’s books.  No one can really comprehend their significance or a number with twelve zeros behind it.

Like astronomy, we may as well be using “light years” terminology when speaking of the national debt.

Yet, we’re often informed we have to be taxed more to maintain a society that basically has gotten itself into debtor’s prison.  Joe wants to “Build Back Better,” but he needs your money to do it.  Actually, he needs more than you have.

Same old political song and dance, only now the price tag is so huge there’s not much left that can be taxed, except maybe, the air – and they’re working on ways of doing that.  They call it “Climate Change.”

Biden’s proposed tax increases would place our nation in one of the highest tax brackets in the modern industrialized world.

There is no way this debt could ever be repaid unless 100% of taxes on everything earned was confiscated by the government.  Then, of course, that would take all the incentive out of it.  Everyone would be working to repay everyone else’s tax bills.

Other than those who can afford expensive tax lawyers and accountants to shield their revenues.  The wealthy and big corporations have the means and influence to legally reduce or avoid many taxes.  Highly paid lobbyists in the nation’s capital make sure of that.

Even more confusing, nearly half of society doesn’t pay income taxes at all.  Which simply means the remaining half is compelled to make up the difference.

How can that be?  If everyone – even illegal immigrants – enjoys the same government-provided goods and services, then why aren’t they taxed at the same fairness level?

Maybe because no one really knows what income is?  Tax experts, IRS auditors, and criminal tax investigators are familiar with what income represents to them, but they never mention or discuss the lawful definition of the word.  All they’re interested in is if you are paying enough of it.

Anyone with half a brain would wonder why a person who drives a truck, or makes donuts, works in a copper mine, clerks at Walmart, or operates a small business is lumped into a tax system with millionaires, billionaires, stock markets, and multinational corporations calling the shots?

How is that “fair”?  Obviously, it isn’t and was never intended to be.

Like an ant colony or beehive, where the queen is in charge of thousands of workers doing assigned tasks to support the community, small individual contributions quickly add up to create a storehouse large enough to sustain the colony, including the queen, through winter.

Maybe a silly comparison, since many of our elected officials don’t have the common sense of an ant or bee.  They tax and spend their gathered revenues long before they’ve been earned.

This is why we have agencies like the IRS to enforce “voluntary compliance,” because of a congress and president who seems clueless about how to balance a checkbook.

Unless, of course, all this confusion is a carefully orchestrated scheme to get deeper and deeper into your wallet.

Just “Pay your fair share” is their only demand – and be happy it’s not more.