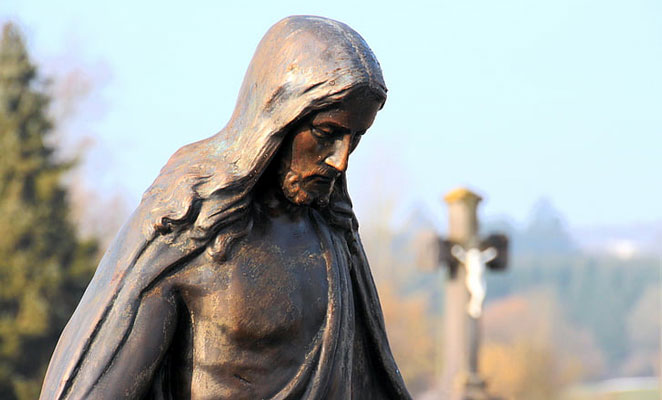 Easter. Put aside the bunny rabbits and plastic eggs Easter is supposed to be one of the holiest days in Christianity. The resurrection of Jesus Christ is at the forefront – or should be. What a miracle, rising from the dead.

The resurrection is a reminder of what one person did. We are taught it was not a matter of cheating death but overcoming it. The lesson? That faith and practicing the principles of Christianity can overcome something as certain as death.

Faith and living the principles of Christianity are not necessarily always the same, are they?  Throughout history, there have been those who have claimed to be among faithful Christians but their actions are far removed from what they proclaim.

Whether it has been the mighty – kings and world leaders or the common folk – there has been a great disparity of claiming to believe but is proven otherwise through their actions. They practice hate and divisiveness and attempt to hide it by claiming theirs are acts of patriotism or self-righteousness disguised as holiness. Their diatribe allows their followers to feel good about what they think or do, no matter how muddled or ugly their thoughts or actions may be.

At present, one wonders about those who claim to be Christians but have succumbed to what totally conflicts with the teachings of Christ. They instead preach and embrace violence, hatred, fear, and accept lies in lieu of facts.

What was once only anger has become outright hatred. With that is intolerance of anyone who does not look like them – the same skin color – or has a different philosophy of life.

How does that fit in with what Jesus taught? One sees it on television where a person carries a sign evoking Christ’s name and the sign also involves a message of hatred and intolerance. The concept of peace, love, and tolerance that Christ taught is thrown out the door.

Some find comfort, solace in hate, and practicing intolerance. Doing so does not take as much effort as thinking things through and practicing civil discourse.

Fear is very much a factor in the lack of civility and not examining or accepting facts. There exist those who are supposed to be leaders but act mostly in self-interest. Fear and spreading it is their weapon and it is too often very effective.  Indeed, they are those who shout out about patriotism and at the time sew fear among us.

Beware of those who claim to ‘know the way’. Fear the one who says he is the only one who can make things right. One would think that if anyone has the ability to make things right is the man who was nailed to the cross centuries ago. And the message he brought to the world.

Think about all the advanced technology humans now possess compared to those times in which Christ walked the earth. What good does all that modern-day knowledge do for us when Christ’s teachings are put aside and instead are used for political means and to advance fear, hatred, and intolerance?

Twice a year, Easter and Christmas are set aside to honor Christ. Yes, many give lip service to Christ and his message during those two days but what about the rest of the year?