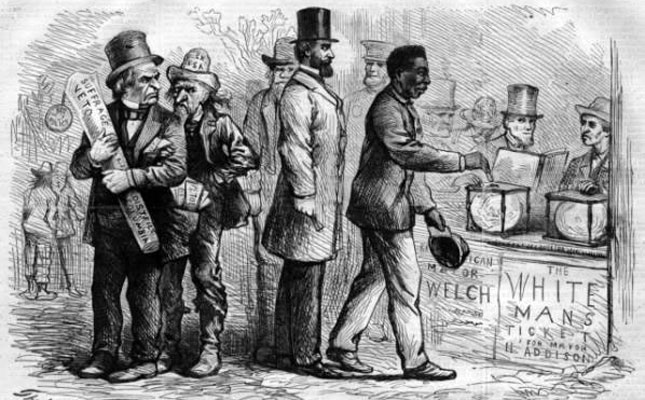 Sometimes, I think President Joe Biden has an occasional adverse reaction to too much ice cream.  Now, he’s saying our election process is the worst since the Civil War.  Just a few months ago he was railing the Jan. 6, 2021 insurrection at the Capitol was the most grievous thing to ever happen.

An insurrection that included the videoed shooting of an unarmed female protester being fatally shot by a Capitol police officer.  The only fatality during the melee.

I’m not sure most folks agree our elections are worse now than they were during the Civil War.  Especially, anyone who has gone to school before contemporary woke social studies became the scholastic standard.

A lot has happened since the Civil War.  For people who have forgotten or were not taught, the Civil War was the deadliest conflict in U.S. history.  Hundreds of thousands of lives were lost defeating – and defending – a socio-economic system that depended upon, to a large degree, forced servitude and agricultural slavery to sustain itself.

Organized labor and John Deere tractors hadn’t been invented.  Nor, was a black person allowed to vote.

In the process, an assassinated United States president also became a victim of the dispute.

After the war’s conclusion in 1865, various state laws and Constitutional Amendments were enacted to advance, and in some cases deter, the progression of an individual’s civil rights.  It was an uneasy period, and reluctance to accept change often involved hostile attitudes and physical altercations.

The war was over, but a return to civility and mutual respect would take considerably longer.

However, for the most part, our society managed to improve and advance itself over the next 150 years.  The era of racism and “white supremacy” became a relic of the past, and certainly not presently existing to the degree Joe Biden seems to believe.

His insistence voter suppression and election reform is “the worst challenge to our democracy since the Civil War” is mindless babble.  If this was true, how did Barrack Obama get elected twice to the presidency, and how did Joe Biden win the same office by the most votes ever cast in a presidential election?  The majority of ballots in both elections were from white voters, clearly indicating racism and white supremacy is more myth than reality.

Still, certain political factions are intent on interrupting the voting process.  U.S. House of Representatives proposed House Resolution 1 – aka H.R. 1 – entitled “For the People Act,” which is supposed to address certain voting irregularities.

Biden endorses the bill, but it appears there isn’t sufficient Democratic support to guarantee its passage in the Senate.

Similar Democrat sentiment exists in the Texas legislature.  In an effort to thwart Republican passage to reform state election laws, many Democrat legislators simply packed up and left for Washington, D.C., to avoid maintaining a sufficient quorum to vote on the legislation.

They’ve pulled this stunt before for different reasons.

Texas Governor, Greg Abbott, said he will continue to call special 30-day sessions until the Democratic legislators return to vote on the proposals.

Abbott even hinted of police action against the missing lawmakers if they don’t soon return, suggesting Texas law enforcement could take them into custody and physically return them to their legislative jobs in Austin, the state capital.

Legislative pay could be halted for the absent legislators.  Abbott reminded the public “If you didn’t show up for your job, would you get a paycheck?  And yet, they are still getting a paycheck from the taxpayers of the state of Texas.  That’s wrong, and the taxpayers of Texas are going to get mighty upset about this.”

Not to be intimidated, Texas state representative Alex Dominguez, said he would stay out for as long as it takes, no matter how many special sessions the governor calls.

Apparently, this current temper tantrum is morphing into an old-fashioned political standoff, with each side determined to outlast the other.  It remains to be seen if the theatrics are more bluff than substance.

The Texas legislature chartered a private plane to travel to Washington, D.C. to retrieve the missing legislators.  Not certain if a 30-pack of Miller Lite will be onboard as it was in the original flight.  Maybe if there were two cases of beer the reluctant lawmakers would be more inclined to return home.

In a recent development, it’s been revealed at least three of the nearly 60 AWOL Texas Democrat legislators have tested positive for COVID.  Selfies that were taken en route to Washington clearly indicated they were not wearing the required masks while inside the plane.  This same group later met with Vice President Kamala Harris to discuss their complaints.

More nonsense on top of nonsense.

In both situations, Washington’s campaign to enact “voter reform” and Texas’ version of it is mostly a result of the convoluted mess of the 2020 general election and the chaos that continues to follow in its wake.

However, in neither case is the back-n-forth haggling and in-fighting worse than the Civil War.  Not even close.  The body count is substantially less and people can still go home after a hard day at the legislative office.

Politicians have a tendency to exaggerate – sometimes excessively – over things and issues that are normally mundane and monotonous to most people.  Which might explain their generally low public approval rating.

Personally, I’d rather endure the torture of a hemorrhoid removal than listen to the wailings of a political huckster who I know is intentionally lying about whatever he/she is talking about.

Actually, I guess it’s about the same thing as hemorrhoids – one end is uncomfortably aching while the other is purposely prevaricating.

The views expressed in this editorial are those of the author.