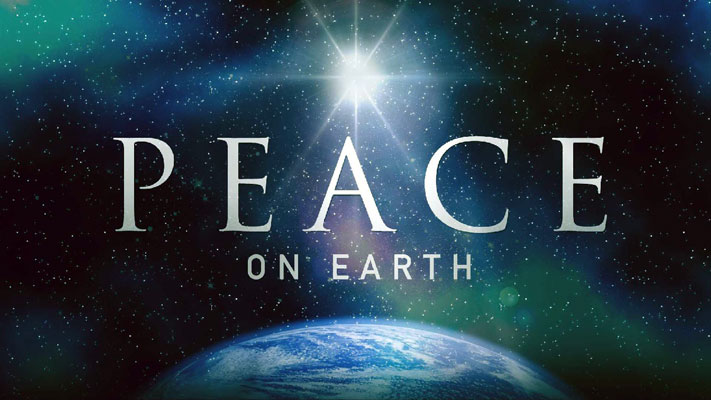 There’s a certain gift that most of us want. We desperately seek it. We long for it. We ask for it every Christmas and even throughout the year.

Mothers cry for it. Fathers plead for it. Human rights activists dedicate their lives to it. Faith-based people pray for it.

Since the beginning of time, this gift has eluded humanity. Many have lived and many have died for this gift. But war, genocide, and murder continue around the globe. Conflict is constant with war and without war.

The gift is peace on earth. I’m sure you’re not surprised. World peace is a salient mantra.

“A world war is a war involving many of the world’s countries or most of the most powerful and populous ones. World wars span multiple countries on multiple continents, with battles fought in multiple theaters. The term is applied to the two major international conflicts that occurred during the twentieth century: World War I (1914–1918) and World War II (1939–1945).” www.jstor.org.

The average level of global peacefulness improved very slightly on the 2019 Global Peace Index (GPI). Iceland remains the most peaceful country in the world, a position it has held since 2008; followed by New Zealand, Austria, Portugal, and Denmark. Afghanistan is the least peaceful country in the world, replacing Syria; and followed by South Sudan, Yemen, and Iraq. www.visionofhumanity.org.

“Only people over 75 years of age can remember a world without nuclear weapons — a world before humans could end life on earth as we know it in a few hours. The possession of nuclear weapons by a few poses a threat to all. During the Cold War, the nuclear weapons race between the United States and the Soviet Union was rooted in a doctrine appropriately called MAD (Mutually Assured Destruction). This doctrine was based on the idea that possession of enough nuclear weapons to kill everyone in an enemy country would deter that country from attacking. But since nuclear weapons can still be used for offense, people will still feel threatened. The only way to guarantee survival after a nuclear war would be to spend years in a bunker underground, undersea, or somewhere away from Earth until the radiation levels drop,” according to a 2018 article in the International Journal of World Peace.

Peace in the Middle East has been sought for centuries but has not been found. Will a two-state solution help Israelis and Palestinians live in peace or promote more war?

A 2017 LifeWay Research survey asked 2,002 Americans with evangelical beliefs about Israel. Results found that 63 percent of faith-based Americans support Israel because “God gave the land of Israel to the Jewish people.” And 80 percent say the rebirth of Israel in 1948 was a fulfillment of biblical prophecy. When asked about how to resolve differences between Israelis and Palestinians, 23 percent say Israel should sign a treaty allowing Palestinians to have a sovereign state in the West Bank and Gaza. Thirty-one percent disagree. Forty-six percent are unsure. www.LifeWayResearch.com.

Psalm 122 calls us to “pray for the peace of Jerusalem.” Why? Because all nations on earth will be blessed because of Israel. Judges 6:24 says “Jehovah-Shalom” means “The Lord is Peace.”

Only the Prince of Peace can bring the true gift of peace to the entire planet.