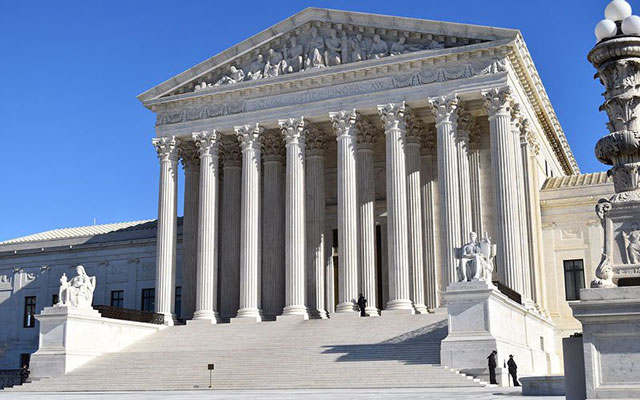 A cry of anguish surges from sea to shining sea. Circling the planet, the cry returns to our nation’s Capital but finds no home. Cast afar— akin to “A Man Without a Country,” Freedom falls to her knees. And weeps.

Choked by mandated vaccines in the highest courts of the land; one lung of liberty collapses. By a vote of 5-4, the Justices granted the Biden administration the power to enforce a vaccine mandate for health care workers at facilities that receive federal funding.

Am I dying? groans Democracy. Why would the blessed country of the United States of America want to kill me?

The remaining five will not be arrested, charged, or jailed. They deny any crime against injuring Freedom. Her blood is not on our hands.

Justices Stephen G. Breyer, Sonia Sotomayor, and Elena Kagan kicked our Lady of Liberty in the teeth. But, for how long will her voice be stifled?

Millions of Americans have been denied the right to choose whether a needle full of liquid is shot into their body. Refusing is the same as being fired, shunned, rejected. And will the boosters for federal healthcare workers be mandatory in the future as well? If so, how many and when will forced vaccines and boosters end? How many jabs will Americans tolerate before saying enough is enough?

What’s next in the Biden battle for control? Supreme Court-mandated vaccines for children to attend public schools. Forced shots for pregnant mothers and newborn babies delivered in hospitals? No child left unvaccinated.

Stand strong sweet Freedom. The Supreme Court blocked the federal mandate for private workers to vaccinate or test. And remember the Revolutionary War – the fight for American independence. Lady of Liberty, millions of Americans will defend you.

“True freedom requires the rule of law and justice, and a judicial system in which the rights of some are not secured by the denial of rights to others.” – Jonathan Sacks

Melissa Martin, Ph.D., is an opinion-editorial columnist and author.