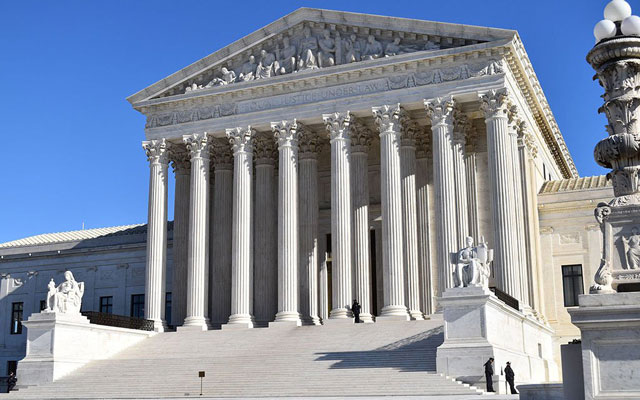 When he said, “The arc of the moral universe is long, but it bends toward justice,” Martin Luther King Jr. was as serious about patience as he was about persistence.

Today every calculation is instant and uses zero-sum math.

By that math, the House’s advancing the John Lewis Voting Rights Advancement Act, to be stopped by a Republican filibuster, is nothing at all.

Technically this is true. Historically? No. Mark that effort. Mark it as a crucial step in the right direction – impeded by the very forces that blocked civil rights and voting rights for generations.

Expectations are a problem in 2022, though. We are used to having our popcorn in seconds, the answers to all questions in the palms of our hands.

The polls show, barely a year into his presidency, Biden’s having to contend with that. It’s “Joe vs. the Microwave” – whether on voting rights, inflation, or the pandemic.

But let’s review a few things.

Quick. Without that smartphone, tell us what major civil rights Supreme Court ruling happened in 1944. That’s OK. I couldn’t answer the question either until perusing a civil rights timeline.

We aren’t talking about 1954 (Brown vs. Board of Education). We speak of Smith vs. Allwright, 10 years earlier — a death blow seemingly dealt to vote suppression: the abolition of the “white primary” in the South.

Before the ruling, primaries were entirely up to the parties, which could decide who (and what color) could vote. As pertaining to the vote, so much for those “unalienable rights” of the Founders, and of the 14th Amendment (1868) and the 15th (1870).

The thing is, Smith vs. Allwright did not end discrimination at the ballot box. It simply added to the challenge of installing “legal” barriers to equal representation.

Be advised: Americans then who were hoping for an enlightened Supreme Court to ride to the rescue on voting rights were disappointed then as they are now. Even after Brown vs. Board of Education, I doubt anyone siding with King and his cause held out much hope for salvation by the highest court.

No. The hope for an end to discrimination and voter oppression rested solely with those assigned to make the nation’s laws: Congress.

This is where one of the central cudgels of systematic racial oppression came into play: the filibuster.

A rather quaint delaying tactic dating back to the mid-18th century, it has become a monster. And as Adam Jettleson writes in “Kill Switch” (from the insider term for the filibuster), at least through the ‘60s “the only issue it was deployed against with any consistency was civil rights.”

With that obstacle looming at every step whenever civil rights came to the fore, Lyndon Johnson’s cajoling enough members of both parties to pass both the 1964 Civil Rights Act and the 1965 Voting Rights Act has to rank as the greatest legislative achievement since Lincoln shepherded the 13th Amendment to slavery’s end.

Let the record state that the very same arguments the losing segregationists used to oppose Johnson’s measures – you know, about federal overreach and “states’ rights” — were dusted off this time, too. Sparkling oratory, New Segregationists.

Is a Johnson- or Lincoln-style coalition-building possible in 2022? No, it is not — not when one party is the party of Trump, who owes his place in history to Jim Crow-style appeals to white grievance.

But, again, the action by this Congress – House advancement of the John Lewis Voting Rights Act – is a marker. It’s not going away. It’s a point on the nation’s timeline from which to keep advancing when conditions allow.

That just means that a party that better reflects the nation will have to retool, regroup, win the day and move the marker another step in the right direction as it did in 2020.

Or maybe the Republicans’ odious and corrupt leader will help Democrats make a successful case to voters this time like he did when last atop the ballot.