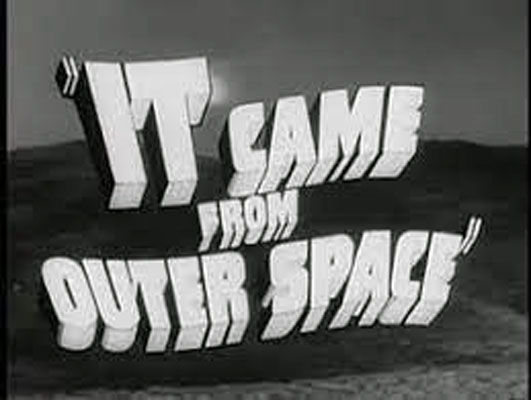 In a recent commentary, a local editorialist attempted to compare Republicans to space aliens because of their support of the much-maligned Orange Man – “Aliens have made contact with earthlings!”, Paula Price, Eastern Arizona Courier, Sep. 25, 2021.

That’s fair, satirical composition is a respected form of written expression.  Actually, it can be quite effective when presented in a logical and entertaining manner.  Many readers enjoy being exposed to stories not normally presented in the usual mundane format.

For instance, when the writer of the article insisted “If you see a Trump sign in a yard, watch out!  This house has at least one resident who may be in direct contact with an alien.”

Unfortunately, there was no cautionary alarm of what to expect if a Biden yard sign was observed, or if at least one resident was conscious enough to realize what was actually going on?

Apparently, space aliens don’t normally waste their time on confused Democrats.  What would be the point?  They have much more important things to do seeking intelligent intergalactic life than trying to figure out why or how someone like Joe Biden could possibly be elected president of anything.

Now, I’m not going to get into a finger-wagging smack-down with the opinion writer or attempt to persuade her into the possibility she may be a little over the top in her assessment of Republicans being unwittingly influenced by space creatures.

I don’t really know the basis of her notions any more than I could make the accusation Democrats must have crawled out the primordial swamp since any other plausible explanation doesn’t seem to fit the situation.

Consequently, readers have to form their own opinions.  Maybe in time, they’ll be a bipartisan Congressional investigation into the matter revealing the true source of all our nation’s woes and worries – both Earthly and from distant galaxies.

Not exactly sure when that might be, since the Bible reminds us there must be several unpleasant events that take place first.  Unless, of course, Speaker Nancy Pelosi determines she’s not going to give God a few moments to make a brief announcement before a Joint Session of Congress.

Besides, the Four Horseman of the Apocalypse documentary can be seen anytime on Netflix.  No sense squandering Congressional member’s valuable time with rehashing God’s impending events.

That’s old news, and, as Ms. Price assures us, easily available on Facebook and other mind-altering social media outlets.

Meanwhile, suppose I’ll have to take my chances being brainwashed by an undocumented space alien commuting from someplace on the other side of Pima.

My only concern might be if the creature is dressed in a dark pin-striped suit, wearing aviator sunglasses, carrying a Dell Notebook, and guaranteeing my newly registered free membership in the local Democratic Party automatically entitles me to a no-strings-attached, lifetime association in Uncle Joe’s Vote Now, Vote Often, And Vote Anytime Society.

“Finally, the last president we will ever need!” reads the clever caption below a waving Joe as he stumbles aboard Marine One, en route to his 23rd COVID booster shot.

“Damn it, Jill, you dropped your teacher’s ‘Red for Ed’ union card on the helicopter’s steps.  I almost tripped over it again.”

“Sorry, dear.  I’ll try to be more careful next time.  Be home early for dinner.  I’ve prepared that special hot dog and ice cream fricassee you like so much.  Love ya!”

Life can sometimes be unexpectantly complicated at the top.

The opinion in this editorial is that of the author.