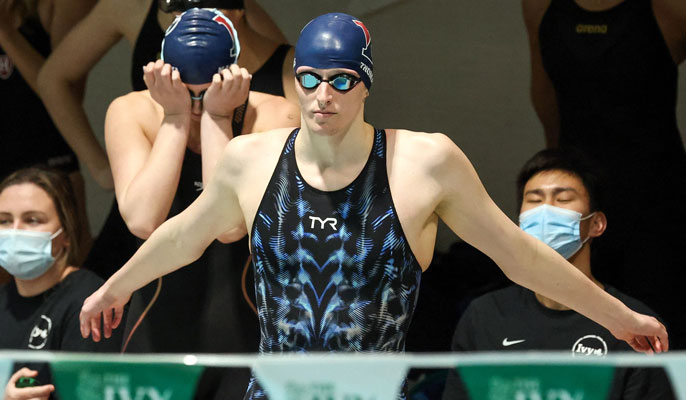 I may be a few years older than most, but when I went to school we had to learn the differences between the males and females of the animal kingdom, including humans.

Farm kids had an advantage – they already knew and recognized most of the distinguishing characteristics.

As I progressed into my teenage years, the contrasts became more apparent.  Particularly, when sitting next to Cindy Dunscomb in third-hour biology.  I could almost see the differences taking place daily.

For a while, I thought her increasing chest size was the result of a disciplined regimen in weight lifting class.  But when several other girls began developing the same physical attributes – most never seeing the inside of a weight room – I began thinking there must be something else going on.

Cindy’s incredible accomplishments were previously featured in Ripley’s Believe-It-Or-Not “Arizona’s Amazing Amazons” edition.  However, the publication was removed from bookstores by court order.  Seems some of the articles could not be factually authenticated as having legitimate believe-it-or-not verifications.

Remarkably, she possessed the rare combination of brains, beauty, and brawn, in addition to receiving a full-ride wrestling/nuclear science scholarship to ASU.

In the following years, I continued to observe hundreds, maybe thousands, of females.  With rare exceptions, they were all noticeably unique from a guy’s shape and curves.  They emitted an unusual fragrance and had a distinctive way of walking and talking.  Even their swimsuits were fashioned differently.

I wasn’t alone in my perceptions.  Practically every boy in school seemed to instinctively know there were obvious contradictions between Charles and Charlene.

It really wasn’t necessary for a biology teacher to illustrate the point.

Prior school administrators must have also accepted the reality of the two sexes by providing separate restrooms, and denying boys participation in girls’ sports.  An archaic concept that has fallen out of favor with today’s more progressive school boards.  Girls are girls, and boys will be girls, too, if only they confess to it.

Apparently, somewhere along the way we lost the natural ability to recognize what was once easily discernible.  Now, even some Supreme Court Justices can no longer describe what a woman is because, as one remarked, they are not a biologist.

Actually, I’m further behind the curve than I imagined.  When I went to school and later married, I learned only women/females could get pregnant and have babies.  That was just the accepted norm for the past ten thousand years.

That all changed when the woke generation began to rewrite the rules.  According to their doctrines, anyone can become a “birthing person” by simply wishing or identifying as such.

During a hearing before the House Judiciary Committee, on May 18, 2022, Aimee Arrambide of abortion advocacy group Avow Texas, was asked to define a woman.

She responded, “I believe that everyone can identify for themselves.”

When questioned if she believed men could become pregnant and have abortions, she simply replied “Yes.”

Representatives from various pro-abortion organizations were also present and answered in a similar fashion when defining a “woman.”

To my thinking, there can only be two viable reasons for these responses, regardless of education level or career lifestyle:  Unbounded stupidity or deliberate intention.

What other scenario could possibly fit?  Either these people are mentally impaired, incredibly ignorant, naive, or acting in this manner to achieve a specific goal.

If it is true men can get pregnant and have abortions, then maybe a House Judiciary Committee can summon a few to testify and relate their experiences.  Perhaps an esteemed biologist could also explain how male pregnancies happen and what are the frequencies in the general population?  Planned Parenthood could inform us how many thousands of male abortions they perform annually.

If I’ve ever seen a pregnant man, I probably thought he was some burly pipefitter with a bulbous beer belly, never dreaming it was actually a dude in his third-trimester heading to an abortion clinic.

Things were so much simpler when boys were boys and girls were girls – and each knew the difference.  Now, it’s a confusing blend of XYLGBTQ+ chromosomes producing all kinds of purple-haired odd-looking creatures.