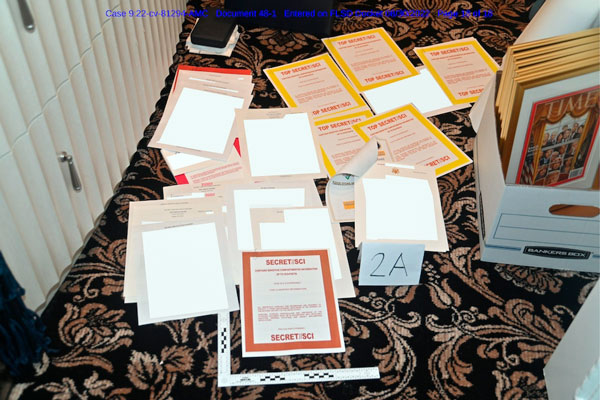 The old adage “All is fair in love and war. . . and politics,” seems to have reached new lows of premeditated absurdity.

Or, “fake news,” as former President Donald Trump is fond of reminding us.

For the past several years, we have been continually scolded by talking heads of the Democratic Party, and its media mouthpieces, that the Russians were largely responsible for escorting Donald Trump into the White House in 2017.

The plan, supposedly the creation of British spy Christopher Steele, was adopted by the Democrats to fabricate false allegations linking Trump’s campaign to certain Russian officials.

Apparently, in 2016, the FBI offered Steele $1 million if he could furnish corroborating evidence of the assertions against Trump.

Six years later, none has been provided.

Also, the intrigue – which became known as the “Steele dossier” – involved the assistance of Russian FBI informant Igor Danchenko.

The anti-Trump dossier was requested by a research firm called “Fusion GPS,” financed by Hillary Clinton’s presidential campaign and the Democratic Party.

Danchenko, on trial in U.S. District Court, Alexandria, Virginia, was indicted on five counts of lying to the FBI.  One count was dismissed by the judge.

Allegedly, Danchenko made false statements about the credibility of his sources of evidence by making up names and concealing others.

According to a New York Post story, on Oct. 14, 2022, prosecutors claim Dolan provided Danchenko with bogus information, eventually ending up in the Steele dossier.

Danchenko is the second suspect prosecuted, and acquitted, by special counsel John Durham.

It’s not surprising a jury found Danchenko not guilty in heavily Democratic northern Virginia.  An area prone to favoring Dems over Repubs by a substantial margin.

Nevertheless, with each court revelation, it’s becoming apparent the Steele dossier was a sham, fabricated with the sole intention of portraying Trump’s 2016 presidential victory as being aided by Russian influence.

Danchenko’s not-guilty verdict of providing false information to the FBI does not make the scheme less valid.  Only that he was found not guilty of lying about it.

Undeniably, the FBI played a significant role in this con by going along with the dossier’s declarations until it was finally admitted in the “Mueller Report,” a nearly two-year investigation by former FBI Director Robert Mueller, that no incriminating Russian-Trump collusion could be factually determined.

Democrats were shell-shocked – a new plan to remove Trump had to be implemented – ASAP.

Readers may recall Trump has been hounded by the Democrats, even before he assumed office in January 2017.

Various investigations, including the debunked “Russian collusion conspiracy,” two impeachments – with subsequent acquittals – and now a congressional committee review of his involvement in the Jan. 6, 2021, Capitol Hill “insurrection”, resulted in Dems continued failure to forcibly remove Trump from office.

Yet, they keep coming up with new accusations – going as far as having a couple of dozen armed FBI agents busting into Trump’s home, desperately searching for something, anything to accuse him of wrongdoing.

Sort of a contemporary rerun of the 1966 Green Acres FBI remark.  Only this time, the agents were real, carrying guns that weren’t Hollywood props.  If fired, they could actually kill someone.

To date, no one from the FBI or Department of Justice has explained why it was absolutely necessary to deploy armed government police officers to search the residence of a former president.

Never in our nation’s history has one administration had the temerity to invade the private home of the president of the previous administration.  Particularly, since whatever the FBI was looking for was already being guarded by the Secret Service.

Seems that virtually every time the Democrats pull one of these ridiculous stunts, they always end up with egg on their faces.

Their latest efforts are seeking to subpoena Trump to testify before their committee, suggesting he should be tried, convicted, and never allowed to run for public office again because of alleged entanglements in the Jan. 6 bruhaha.

This whole charade is simply a pre-election theatrical presentation designed to discredit Republicans and Trump.  A third impeachment-like show trial.

According to Nickelodeon Cable Network, SpongeBob has over 50 million viewers each month and has consistently been one of the top-rated cartoon shows for more than 20 years.

Not surprising, considering SpongeBob’s performances are much more entertaining, informative and believable than a panel of politicians.

Interestingly, prominent Republican committee member Liz Cheney Perry, Wyoming U.S. Representative, was recently soundly defeated for re-election in her state’s primary elections.  She will not be on the ballot in the national election in November.

Obviously, Wyoming voters have had enough of the Cheneys.

Basically, this whole “get Trump” mania is predicated upon a single premise:  The Democrats – and certain RINOs – don’t like Trump, have never liked Trump, and will never like Trump because he’s not one of them.  They’ll manufacture any silly and unsubstantiated charge to keep the nonsense rolling.

The phrase “Trump Derangement Syndrome” was once a satiric jab at the Dems perpetual struggles in hindering the 45th president from devoting full attention to performing the tasks of his job.

Instead, he was compelled to not only be a head of state but redirect a large portion of his time and energy in dealing with contrived complaints.  Most, of which, were based upon false premises, conceived by deranged political foes intent upon making his life as miserable as possible.

U.S. Representative Maxine Water’s (CA-D) insidious chants of “Impeach 45!” were a constant reminder of the extent the Dems would go in their quest to remove Trump from office.

No sooner was one false accusation disproved, than another frivolous denunciation would begin.

This lunacy continued throughout his four-year term in office.  Still does, nearly two years after leaving the White House.

As a result, TDS has become a legitimate term in describing the behavior of individuals obsessed with destroying Trump’s life and family.

Driving them crazier, is the hard reality he is just as popular out of office as when he was in.  His frequent rallies draw huge, raucous crowds, often filling outdoor arenas to the max.

Assisting Trump’s widespread acceptance is the notion half the country’s electors do not appreciate being labeled “semi-fascists” or “Nazis” as Joe and Hillary insist.

For Dems to proclaim such crap, in an effort to attract voters, is blatant stupidity – a glaring misread of the public’s political sentiments.

President Biden, on the other hand, is lucky if a sparsely attended audience shows up at his town halls.  This is probably the primary reason he does most of his speaking before captive crowds – press conferences, local government functions, and corporate gatherings.

Without the benefit of a teleprompter or scripted speech, Joe often wanders off subject, fumbles the topic, makes up stories, or completely forgets what he is talking about.

Still, Democrats and mainstream media continue to portray Trump as the bad guy, a menace to the peace and safety of society, and create scenarios depicting him as a lawless, rogue ex-president, intent upon “destroying our democracy”.

Really?  Trump isn’t the one warning of “Nuclear Armageddon” if we don’t continue to dump billions of dollars into Ukraine’s fisticuff with Russia.  That’s Joe’s frightening screech – which handlers had to later rephrase.

Trump is also not the president who opened our borders to anyone wishing to enter – or was in office when reckless spending led to inflation, and gas and food prices soaring.  The breakdown of law and order in many of the nation’s metro areas has nearly become a pandemic.

These incidents have been the documented byproducts of the Biden Administration, regardless if we’re told otherwise.

As is usually the case, when Democrats are accusing Trump of doing improper things, it is often the very same things they are doing.