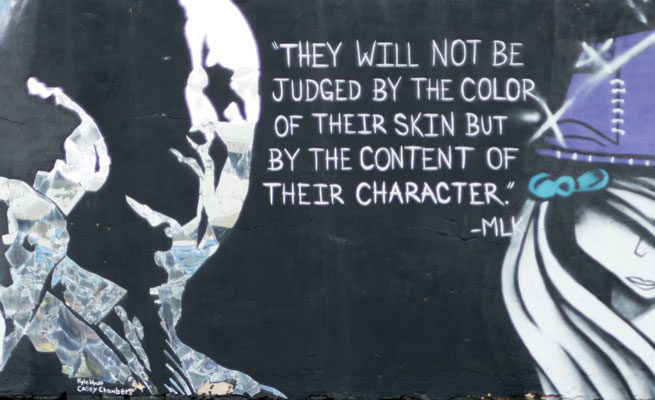 Photo by Allie Smith on Unsplash

White men with guns killing innocent human beings because of hatred fueled by fear. What do they fear? Loss of power and privilege. Loss of life and liberty. Loss of being top dog. Fear of being treated like they want minorities to be treated.

After 22 people were killed in El Paso, Texas, by a white supremacist, President Donald Trump announced in a speech “in one voice, our nation must condemn racism, bigotry, and white supremacy. These sinister ideologies must be defeated.” Finally, Trump is publicly condemning white nationalism. I hope he condemns it privately.

“Nobody’s born racist; we all found it,” stated Christian Picciolini in a 2019 interview for The Atlantic. A former violent extremist, he joined a neo-Nazi movement 30 years ago. “Picciolini now runs a global network, the Free Radicals Project, where former extremists like him provide counseling to others trying to leave extremist movements. He spoke with us yesterday morning about the mainstreaming of white nationalism, what it takes to de-radicalize far-right extremists, and why the problem is metastasizing.”

Jewish humans, Hispanic humans, and black humans are created in the image of God—a colorless God. A God who came to earth in the form of a Jewish man. White nationalists who hate a group of humans because of race or religion are anti-God. They do not serve the God of the Bible that I know. They serve their own made-up deity of prejudice and pride; hatred and fear; violence and murder. The Apostle Paul hunted and killed Christians before he encountered God on the Damascus Road. Then he joined them, lived with them, and loved them.

Haters feed off of other haters. So white supremacists (white cowards) gather in groups for false courage — the mob mentality. Scared boys hiding behind Madison Grant and his 1916 book of fear called The Passing of the Great Race. Purposeless people hiding behind Hitler’s evil. Deranged humans hiding behind guns. Richard Spencer is an attention-seeking narcissist with a seared conscience — a leader of morally-bankrupt cowards.  White humans are not superior to humans of non-white skin colors.

I challenge each member of the Ku Klux Klan (KKK) to mail DNA samples to 23andMe and find out where their ancestors came from throughout history.

“Talk is cheap. People are dead. If Donald Trump is serious about defeating white supremacy after Dayton and El Paso, it will take more than a speech.” 2019, USA Today.