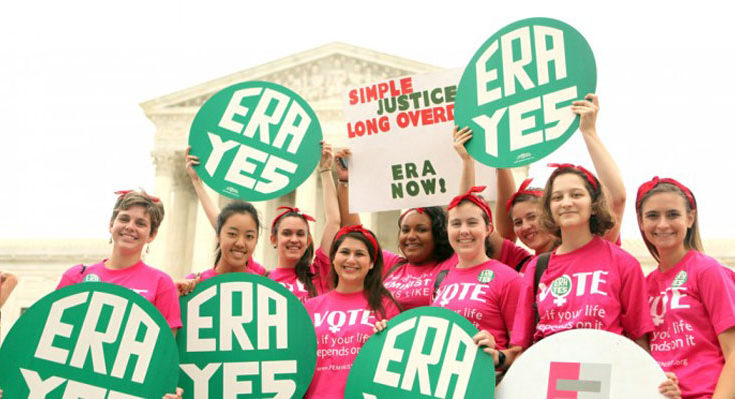 The Labor Day holiday we salute with festivities marking the end of summer emerged from employee dissatisfaction with deplorable working conditions. The labor movement’s fight for laws protecting workers began long before the commemoration became a national holiday in1894.

Today’s workforce faces a similarly hostile environment. Rampant discrimination continues to trample the rights and threaten the prosperity of more than half of the nation’s workers.  Equal opportunity in education, pay, and occupational advancement continues to elude American women, who are denied that Constitutional guarantee.

Those mistreated workers are your mothers, sisters, daughters, wives, and friends. Many of them, despite their very best efforts, are thwarted by legislative inaction in achieving their full economic potential. Access to the same education, career choices and mentorship opportunities lavished on men and boys remains off-limits for them.

Everyone is better off, the World Bank reports, when women are empowered through educational achievement and workforce participation.

Educated women in the workforce enable faster economic growth and broader distribution of the fruits of labor, Wolfensohn asserted. The Economist magazine agreed, stating that advancing women’s equality will add a whopping $2.1 trillion to $4.3 trillion to the U.S. economy in the next decade.

Vital to that advancement is the ratification of the ERA to expand human potential and gainfully pursue the American dream regardless of gender. By protecting equality under the law in career opportunities, compensation, judicial decisions, health care, education, and overall economic security, the ERA adds jet fuel to the nation’s economic engine.

The ERA’s language is precise, simple and non-negotiable:  ​”Equality of rights under the law shall not be denied or abridged by the United States or by any state on account of sex.” That protection would apply equally to men and women.

Approved by Congress in 1972 as the 27th Amendment, the ERA was first introduced 49 years earlier.  The measure was foiled in 1982 when only 35 of the required 38 states had ratified.

Despite that setback, which proponents are working with federal legislators to rectify, fascination with the ERA resurfaced with Nevada’s ratification in 2017 and state approval from Illinois in 2018. Those approvals position Arizona to become the 38th and milestone state to ratify and propel the ERA forward as the law of the land.

The road to equality in the workplace has been long and arduous, with Arizona often leading the way. Arizona women were afforded the right to vote at statehood in 1912, years before the 19th Amendment went into effect nationwide in 1920. The state’s own Sandra Day O’Connor was appointed to the Supreme Court in 1981, and women held all five top Arizona public offices in 1998.  In the past year, Kyrsten Sinema was voted the state’s first woman to the U.S. Senate and Martha McSally became the second with an appointment by Governor Doug Ducey.

Women’s history in the U.S. labor movement dates back to 1844, according to the American Federation of State, County and Municipal Employees (AFSCME). Female textile workers in Massachusetts mills formed an association and testified to legislators about working conditions. In 1866, newly freed black women formed a union in Mississippi to strike for higher wages.

From the garment industry to shoe stitching and other factories, women in multiple states worked diligently to improve conditions for female workers. The National Federation of Business and Professional Women’s Clubs formed in 1919 and later introduced a three-pronged agenda:  elimination of sex discrimination in the workplace, equal pay, and an equal rights amendment.  The National Council of Negro Women organized in 1935 to lobby against racism, sexism, and job discrimination. Female Hispanic workers followed suit in 1938 and 1939.

The most dramatic influxes of women in the workforce occurred during the two World Wars, AFSCME reports, when the nation’s females kept the country running while men went off to war.  Following a massive advertising campaign by media and the government during World War II, seven million women entered the workforce and 400,000 joined the military. Cultural icon “Rosie the Riveter” came to honor the women in factories and shipyards who produced munitions, war supplies, and other necessary goods.

The first Equal Pay Act making it illegal to pay different wages to men and women performing the same work was passed in 1963 under the Kennedy administration, but successes in increased wages were minimal because women remained in lower-paying jobs not usually held by men.

The ensuing years have delivered strides in various aspects of employment equity for women, but none that provides the all-encompassing and permanent guarantee afforded by the ERA. The amendment holds the key to equality for women and economic security for families. That certainty makes Arizona the tipping point for ratification.

This Labor Day, consider the societal and economic benefits of equality for everyone in this great country.  Then, contact your elected representatives to voice your support for the ERA and explain why they should too.  Confirm that you are counting on them to step up for equality and pass the ERA.  Rise to ratify.