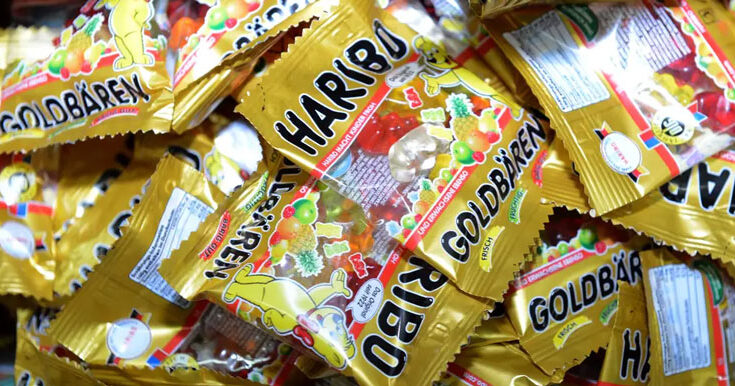 If you’re experiencing a noneventful day, and things seem to be plodding along at a mundane pace, don’t feel alone – that’s life and most everyone else is having similar ordeals.

We’re so accustomed to the daily grind, with its slings and arrows, that when something out of the ordinary happens we tend to view the situation with a bit of skepticism.

“Wait, this must be some kind of out-of-body experience” we may mutter, as the thought of a totally unexpected, even freakish, bit of good fortune comes our way.

Which must have been what a man in Germany was thinking when he noticed a scrap of paper fluttering along a train platform.  The gentleman was returning home from a visit with his mother.

As the inquisitive traveler reached down to retrieve the unusual discarded piece of litter, he immediately noticed it appeared to be some kind of bank check, emblazoned with a string of numbers totaling 4,631,538.80 Euros, according to the German tabloid “Bild,” Nov. 15, 2022.

A legitimate multimillion-dollar company check, from a supermarket chain, made out to a big German candy manufacturer, drifting aimlessly in the afternoon breeze.

Not the usual sort of thing a person sees on a regular basis.

“Wow!” the astonished voyager must have thought. “This really must be my lucky day!”

Then, reality set in.

Realizing his newfound wealth was an illusion – since the check was written to a specific payee – the gentleman decided to do the right thing and notify the company he had found their errant check.

How the check happened to be tumbling along the train station’s walkways hasn’t been explained.  Apparently, a courier or employee of one of the companies involved must have “misplaced” the expensive bank remittance.

The unnamed suspect has probably already received a superior efficiency rating and was promoted to finance department supervisor, in charge of large corporate-to-corporate capital fund transfers.

This raises the question, what company’s major money transactions are still conducted by issuing a paper check, hand-delivered to purchase millions of dollars in merchandise from another company?

Aren’t these sorts of things usually done in a more secure manner?

Naturally, visions of a substantial reward danced in the finder’s head.  After all, honesty is supposed to be the best policy, and being a Good Samaritan always reaps grateful compensation.

So, the story goes.

Except, when it doesn’t.

When contacting the intended receiver of the check – German candy maker Haribo – the man explained the circumstances of how he came into possession of their expensive bank draft and felt obligated to let them know he had it.

Representatives of the candy company thanked the man and instructed him to tear up the check and send evidence of its destruction.

The gentleman complied.  Presumably, he ripped the check into pieces, then mailed them to Haribo.

Several weeks later, after receiving no reply, the man thought the candy company had forgotten the incident, or his efforts to be upfront with the business were ignored.

No note of gratitude or an attaboy.  Nothing.

Then, unexpectantly, a parcel arrived in the mail.  It was from the candy company.

With revived hopes, the excited man opened the package, expecting to discover something of significant value to compensate him for his integrity and promptness in returning Haribo’s misplaced check.

To his dismay, it wasn’t a check with his name on it, or pricey souvenir or all-expense paid vacation to the French Riviera or keys to a new Volkswagen.

His reward for returning a lost $4.7 million check was six small bags of Haribo gummy treats.

Likely, the total production cost to the candy company was under two bucks.  I imagine postage was more than the value of the contents.

After news broke of Haribo’s meager recompense, the company responded by insisting the shipment of a few bags of candy was the standard form of appreciation they send to people and organizations who have helped them in some way.

Besides, “Since it was a named check, nobody but our company could have redeemed it” Haribo acknowledged in its defense.

The man who found and returned the wayward check felt otherwise — “I thought that was a bit cheap” he admitted to Bild.

Before sending their box of sweets, did Haribo consider the guy’s A1C levels — or, even if he liked candy?

Probably not.  If he’s diabetic, that’s his problem.