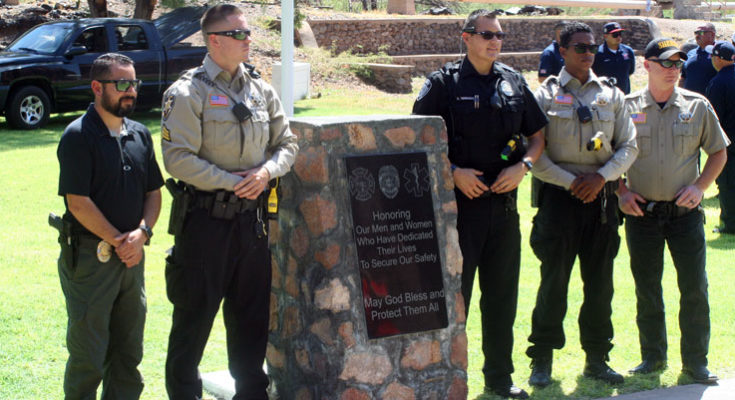 Those who are in favor of defunding police departments say they want money shifted from police to programs lacking in funding. They cite a need for more money for problem issues such as mental health and other community-based programs. No argument there. There is a need to meet such goals.

The question is how it will be done. What is the plan? Who will be in charge? What will it cost?

As for abolishing police, that idea is preposterous. Crime exists and will continue to do so. People are people and there are those among us who will continue committing murder, rape, causing bodily harm to others, theft and the list goes on and on.

So, if a person is the victim of crime ‘who they gonna call, Ghostbusters?’

So, what is a mother to do?

What about police being extensively trained by mental health experts in how to deal with certain situations? Police are often already dealing with such incidents in which that training could make a police officer all that more effective. But most police officers already have enough on their hands. Then there is the possibility of having a mental health expert on call to assist in such situations, but that can depend greatly on what is happening and the situation could be so critical it may not be possible for police to wait for a counselor to arrive.

There are situations that police must deal with immediately. Someone is wielding a knife or a gun and other people, besides the officers themselves, may be at grave risk. Time can be of the essence.

One of the most dangerous risks to which police respond involves domestic violence. Emotions are running high. There may be alcohol or other drugs involved. Albeit none of those might be involved but emotions are running rampant. That alone can be enough to create a highly dangerous situation.

In the absence of a mental health expert, with training on how to deal with such highly charged emotional situations, police could then be armed with a very valuable and non-lethal weapon.

The term is “talking someone down” to avoid violence. It is not a “for sure” solution and it may be necessary to deal with a situation by force if lives are on the line, including that of police.

But at least it could be a start in resolving what could become a very ugly and possibly deadly incident. There most certainly would be a cost to obtain such training for police. That is one more reason not to defund police departments.

Defunding or abolishing the police is unrealistic, especially regarding abolition.

In a film clip of a recent demonstration, a young man says police are not necessary, “because we can take care of ourselves.” That is so unrealistic that it is beyond stupid. One has to wonder what planet the youngster lives on or what universe he lives in. Certainly, it is not ours.

Can intense screening of police candidates be an option? It would involve identifying those who have a propensity to use excessive force. Is such screening possible or even realistic?

There are at present 686,665 certified law enforcement officers in the U.S. A minority, make that a very small minority, have been proven to cross the line in using excessive force. There are those who have been caught on film abusing their authority and committing what is being ruled as an outright homicide. It should be no wonder that seeing such actions have stirred outrage.  They certainly should.

There are other aspects to law enforcement that are rightfully seen as outrageous. The goon squads that were recently in Portland is a very clear example. They showed no identity other than uniform patches identifying them as police. Their tactics were scary and the question arose of the constitutionality of their presence.

If anything, that brings to mind demilitarizing police forces but certainly not disbanding or abolishing them.

Speaking of the constitution, the abolishment of police would mean America would be ruled by Martial Law, an example of which we are witnessing in Portland.

Martial Law means people will no longer have constitutional rights. Forget having the right to an attorney or authorities being required to follow laws regarding search and seizure and other protections provided by the constitution.

Martial Law could be used to set up a dictatorship. Think about what happened in Germany and Italy in the 1930s and ‘40s.

We Americans are a free people and must have law and order to keep our liberty and rights. We need police to maintain that freedom. We need our police to protect us from mob rule, regardless of which political direction that comes from.

Unfortunately, misinformation is being spread about the defunding of police. A political ad from President Donald Trump’s re-election campaign attacks Joe Biden, Trump’s opponent. The ad shows a telephone going unanswered at what is apparently an empty police headquarters. There is no one around to answer the phone. Instead, a recorded voice instructs the caller to press various numbers for assistance but there is no one to take a call. The voice also says it may be five days before there is a response.

The premise is police will be defunded if Biden is elected.

That is absolutely not true.

Biden has repeatedly said he does not support defunding police. Saying that he does is a classic example of outright spreading disinformation. What the Trump ad says is simply not true.

Smearing one’s opponent by attributing beliefs to him that he has actually disavowed is as outrageous and dangerous as the very concept of defunding the police. 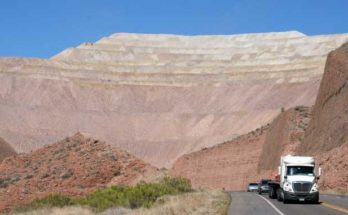 Editorial: Slow down, mine employees 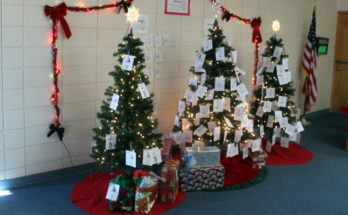 Editorial: Why not practice random acts of kindness? 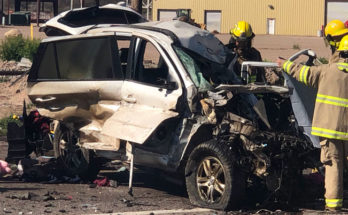 Editorial: Crashes are usually no accident