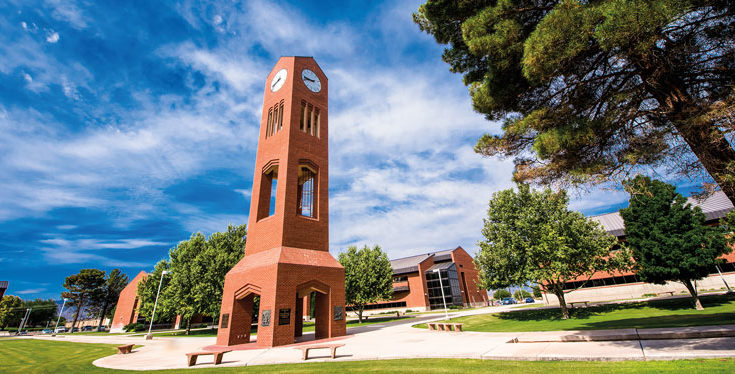 THATCHER —Eastern Arizona College’s 132nd Annual Commencement Ceremony is set for Friday, May 7, at EAC’s John Mickelson Stadium, at 7:30 p.m. Guests will be limited to three per student, and tickets are required at the gate. Social distancing measures and masks will be required. The event will commemorate the academic milestone for 533 students from EAC and its joint degree program with Arizona State University.

The students and assembled audience of family and well-wishers will be called to order by Associated Students of Eastern Arizona College Student Body President Matthew Norcoss, from Claypool, Arizona.

Taking the podium on behalf of the graduating class will be Rebecca Dolan who is graduating with high honors and an associate of science degree in nursing. While attending EAC, Dolan was awarded the Ashley Marie Beals Memorial Scholarship, an endowment given to a nursing or pre-medical student who will improve the quality of healthcare in Southern Arizona. She is fulfilling that promise in her current role as a registered nurse in the medical-surgical wing at San Carlos Apache Healthcare. Dolan is a graduate of Pima High School and the daughter of Gail and Pam Peterson. She and her husband Shawn live in Safford with their two children.

Dr. Aaron Westerfield will then speak, representing the administration, faculty, and staff of Eastern Arizona College. Westerfield has been a member of Eastern Arizona College’s Counseling Department for the past three years. He received a bachelor’s degree in social work with a minor in military science from Olivet Nazarene University. He then completed a master’s degree in education and a doctorate in education and educational leadership from Northern Arizona University. Dr. Westerfield serves as a captain in the Arizona Army National Guard and is currently serving as the executive officer in the 996 Medical Company Area Support, in Tempe. Born and raised in Waldorf, Md., he now resides in Safford with his wife Janel and their four daughters: Florence, Matilda, Lucille, and Edith.

“Dr. Westerfield empowers EAC’s students to achieve their dreams,” said Dr. Susan Wood, EAC vice president of academic and student affairs. “He cares about their futures and places them in a position to succeed. We look forward to the insights he will share.”

The guest speaker for the evening, Arizona State Treasurer Kimberly Yee, is a true friend of EAC. Treasurer Yee is Arizona’s chief banking and investment officer. She oversees the cash management of Arizona’s $40 billion state budget and payments to agencies, local governments, and schools. She also manages approximately $20 billion in assets under management.

Treasurer Yee is the chairman of the Arizona Board of Investment and State Loan Commission and is a member of the State Land Selection Board. She also serves as chairman of the Financial Literacy Task Force, Arizona’s first-ever statewide body dedicated to advancing personal money management and financial awareness for students, senior citizens, military families, and vulnerable populations.

Born and raised in Arizona, Treasurer Yee is the first Asian American elected to a statewide office in Arizona’s history. She is also the first Chinese American Republican woman to win a major statewide office in the history of the United States. In 2010, she became the first Asian American woman elected to the Arizona Legislature and served for eight years, both in the House and the Senate. Yee served as senate majority leader and became the second woman elected to this position in Arizona’s history, following U.S. Justice Sandra Day O’Connor who served in the position in 1973, forty-four years earlier. Yee also worked for Calif. governors Pete Wilson and Arnold Schwarzenegger, and in 2016, she spoke at the Republican National Convention.

Treasurer Yee is a graduate of Pepperdine University where she earned degrees in English and political science and she holds a master’s degree in public administration from Arizona State University. She comes from a family line of small business owners.  Yee is married to Dr. Nelson Mar whose family owned and operated the Star Café in downtown Safford for many years. They are the parents of two children.

Concluding Friday evening’s commencement ceremony will be the conferring of Associate of Arts, Associate of Business, Associate of General Studies, Associate of Science, and Associate of Applied Science degrees to the graduation candidates. Students earning certificates will also be honored as well as bachelor degree earners from the EAC and Arizona State University concurrent degree programs. 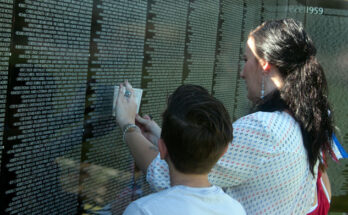 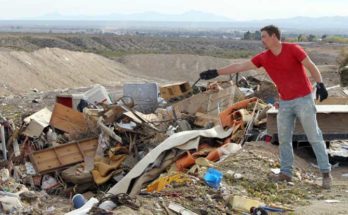 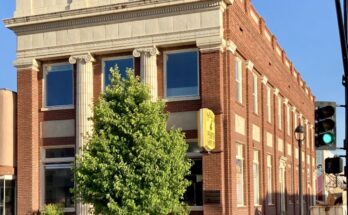