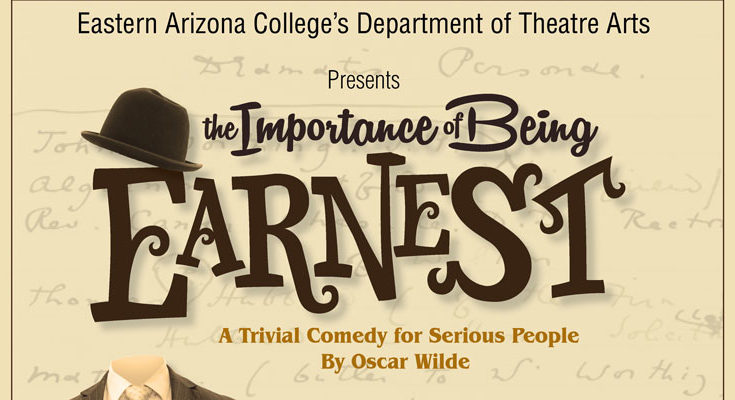 By Kalie Hagen and Emily Nagy

Oscar Wilde’s sophisticated comedy comes to life in this beautifully artistic production which is being presented by the Department of Theatre Arts.  In this celebrated British farce, two couples struggle to secure their love in high-society England in 1895. Gwendolyn and Cecily both fall in love with Ernest Worthing – but does such a person actually exist or are Jack and Algernon both lying to garner their affections?  Watch as lies are exposed, identities are revealed, and hilarity triumphs all. 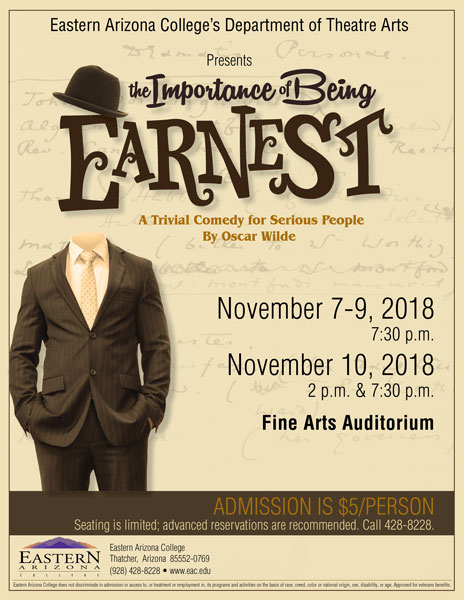 Director and Fine Arts Division Chair Steven James Higginbotham visited the British Library in London over the summer in order to complete research to inform his staging of this production.

“While at the British Library, I viewed the original manuscripts of this play, which were handwritten in composition books by Oscar Wilde,” Higginbotham said. “To hold those drafts in my hands and read the text in this way, was a powerful experience.  I felt like I was one step closer to the play and its author.”

As audiences will see, Higginbotham’s unique research opportunity enhanced his conceptualization, approach, and staging of the play at Eastern Arizona College.

“It’s like the action of the story and its unforgettable characters will have sprung up from those original manuscript pages I viewed over the summer,” Higginbotham said. “I know you will be charmed by the amazing work of the designers on this production.”

Tickets for “The Importance of Being Earnest” can be purchased at the box office before each performance or by calling Eastern Arizona College’s Ticket Office at (928) 428-8228.  Advanced reservations are recommended as seating is limited for this production.  General admission is $5 per person, and full-time EAC students will be admitted for free with a valid student ID.

Come, support the performing arts in your community, and laugh along with Eastern Arizona College’s entertaining production of “The Importance of Being Earnest”. 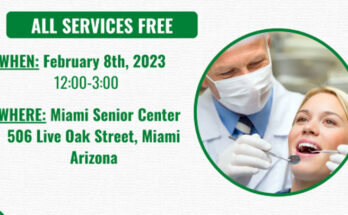 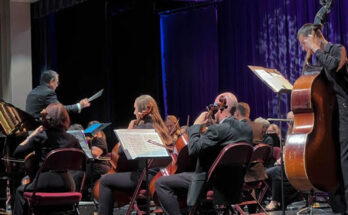 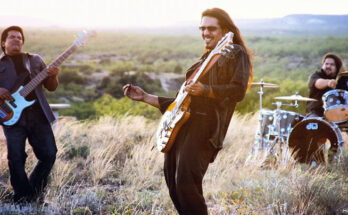