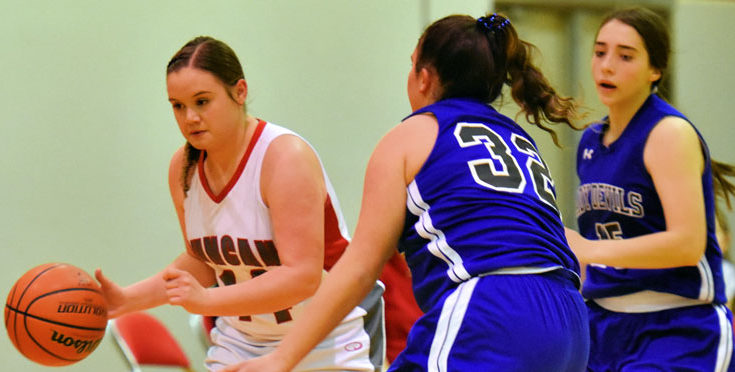 DUNCAN – A 2-1 record in the most recent three games may not seem like much, but, considering the physically draining aspect surrounding them, it is an accomplishment.

Duncan returned from the holiday break to defeat the NFL Yet Eagles 35-17 in Phoenix Jan. 7, slip past the San Simon Longhorns 28-25 Jan. 9, and succumb 36-50 to the visiting Elfrida Valley Union Blue Devils Jan. 10.

Duncan led 10-9 after the opening period, but a field goal eight seconds into the second period along with an 8-0 run in its initial 2:37 gave the visitors the lead for good. 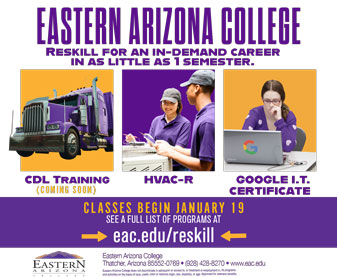 Senior Kaitlyn Lunt’s field goal broke up the run with 4:56 left in the half. The Wildkats matched the Blue Devils point-for-point the rest of the period but trailed 16-23 at halftime.

The Wildkats got within seven points, 22-29, mid-way into the third period, but no closer. A Valerie De La Cruz 3-pointer expanded the deficit to double figures with 3:43 left in the period, and the Blue Devils kept it during the remainder of the game. Valley Union led by 16, 50-34, with 58 seconds left.

“I attribute the loss to the long trip to Phoenix (Tuesday),” Coach Eric Bejarano said. “The girls were (physically) still tired. We were flat (toward the end).”

The Wildkats led 18-17 heading into the final eight minutes with a 10-8 effort assuring the win.

For the Longhorns, Yvonne Hernandez had a game-high 18 points on four field goals (one 3-pointer) plus 9-11 free throws. Stefanie Keil added three points, and Kaylee Essary and Alexis Lentz two each.

Duncan led 8-3 after the opening period, 12-5 at halftime, and 22-12 heading into the final eight minutes. A 13-5 fourth period effort assured the win. 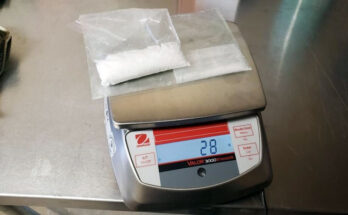 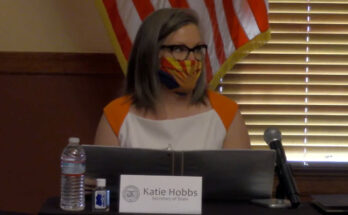