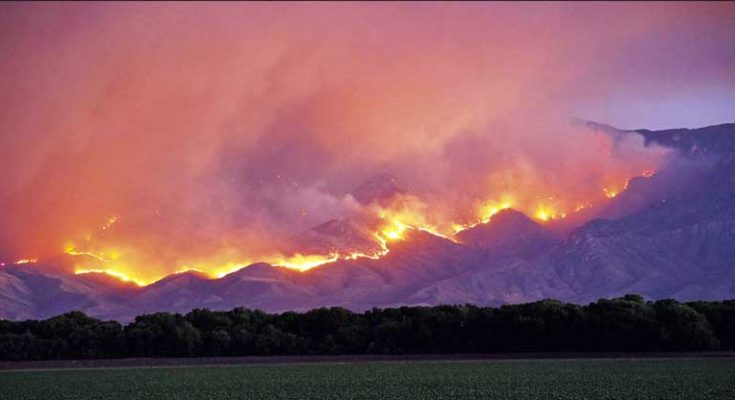 CORONADO NATIONAL FOREST – Effective Friday, May 15 all ranger districts of the Coronado National Forest will increase campfire and smoking restrictions in southeastern Arizona.

Beginning May 15, and until rescinded, the following are prohibited:

Violation of restrictions on federal lands is punishable as a Class B misdemeanor, which includes a fine of not more than $5,000 for an individual and up to $10,000 for organizations and possible imprisonment for not more than six months or both. Violators may also be held personally responsible for reimbursement of fire suppression costs. Arizona and New Mexico state laws carry similar penalties.

Pressurized liquid or gas stoves, lanterns, and heaters possessing shut-off devices are allowed. When using a portable stove, make sure the area is clear of grasses and other fine fuels. Prevent stoves from tipping and starting a fire.

Cigarettes should never be thrown out the window of a vehicle. Instead, ashtrays should be used in order to prevent wildfires.

Never park a vehicle over dead grass; the catalytic converter can ignite the vegetation.

Fire conditions, as well as localized closures and restrictions, are subject to change.  Because tribal, federal, state, and local mandates are different, they may have some differences in their restriction notices.  For a more detailed explanation concerning agency restrictions and fire information in general, please contact the nearest land management agency office where you plan to work or play, visit http://wildlandfire.az.gov or call the toll-free Southwest Fire Restrictions Hotline at 1-877-864-6985.

Previously, the Arizona Department of Forestry and Fire Management and Bureau of Land Management implemented Stage 2 fire restrictions on its land Tuesday, May 12.