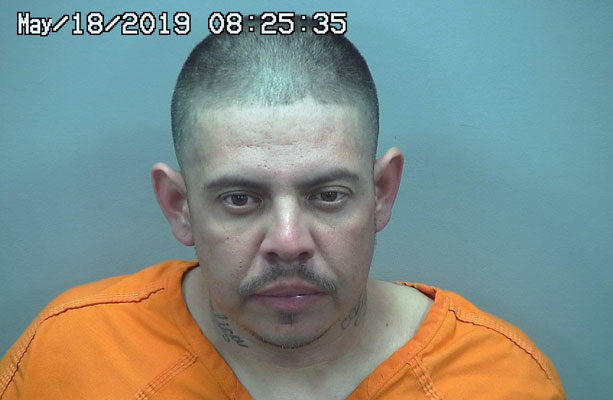 Contributed Photo/Courtesy GCSO: Manuel Romero was booked into the jail on a charge of DUI after allegedly mistakenly taking another person’s car and wrecking it after a night of drinking.

SAFFORD – A tale of two strangers and an evening drinking at a local watering hole with friends ended poorly for both.

A woman reported her car stolen to police at about 4:20 a.m. on Saturday, but there was no need to put out a search as the vehicle had already been found crashed on U.S. Highway 70.

When the officer arrived at a location in the 600 block of 6th Avenue, the victim said she had been drinking at Shane’s Place at 609 S. 6th Ave. and had parked her 2016 Nissan Altima on the west side of the street. When she left the bar at about 2 a.m., she noticed her car was not where she left it. She said she then rode with friends as they drove to different area bars looking for her car without success. She then returned to the scene and called the authorities.

The officer informed the victim that her car had been found wrecked off U.S. Highway 70 near milepost 351 and was driven by a man named Manuel Romero. The officer also questioned why she waited two hours to report the vehicle as stolen and how Romero was able to drive it away.

The victim stated she panicked when learning her car was gone and that she had left her key fob inside the vehicle unlocked because she was worried about losing it in the bar. She also stated she did not know Romero and he did not have permission to drive her car.

The officer then spoke with an Arizona Department of Public Safety trooper who was investigating the crash. The trooper said he found it odd that Romero had trouble locating his insurance and registration and that Romero believed he was driving his silver Dodge Avenger, which was located parked in the 500 block of Main Street in front of the American Club bar. The trooper advised that Romero was intoxicated and that he believed Romero mistakenly took the victim’s vehicle believing that it was his. Romero was then booked into the Graham County Adult Detention Facility on a DUI charge.