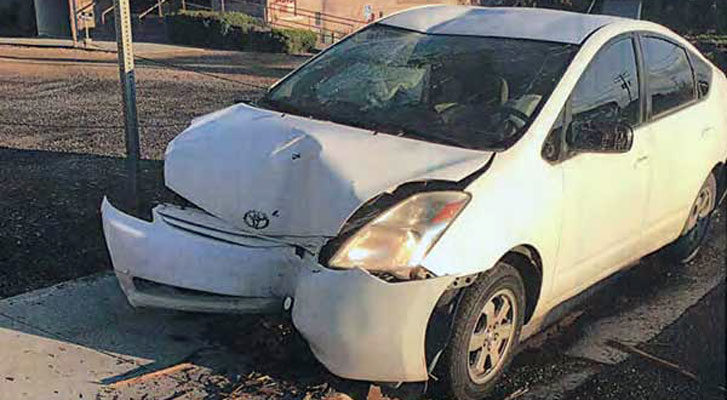 SAFFORD – Driver fatigue was listed as the cause of a single-vehicle crash early Wednesday morning, April 17, when a southbound white, four-door sedan veered off the side of the 1000 block of U.S. Highway 191 at about 6:15 a.m. and collided with two utility poles.

The vehicle suffered severe front-end damage and a utility pole was severed. The driver advised his shoulder hurt, so paramedics were dispatched to evaluate him at the scene.

According to a Safford Police report, the driver advised he was on his way home after working a graveyard shift and had simply fallen asleep at the wheel. Two passengers had also fallen asleep prior to the collision.

The driver was found responsible for the damage and his insurance will have to reimburse the city of Safford for the cost to replace the damaged poles since he failed to control his vehicle.