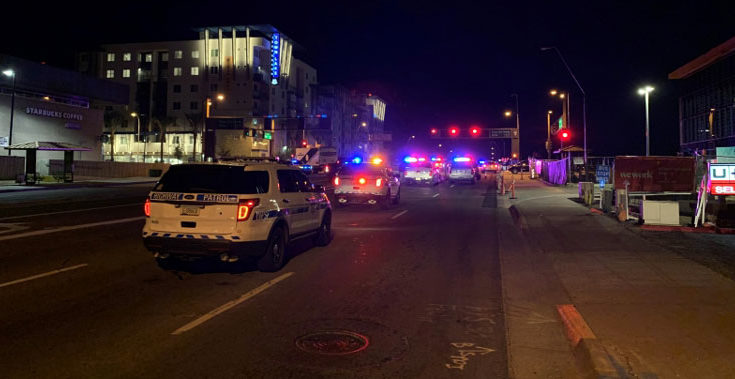 Contributed Photo/Courtesy DPS: An Arizona Department of Public Safety trooper shot and killed a man who was attacking him late Thursday night.

TEMPE – On Dec. 19, at 11:50 p.m., an Arizona State Trooper was on patrol in the area of Rural Road just south of the Loop 202 in Tempe.  Accompanying the trooper was a citizen observer.   While patrolling the area, the trooper observed a subject knock a street sign into the roadway. Utilizing his speaker, the trooper asked the subject to pick up the street sign.  The subject refused and proceeded to walk down the middle of Rural Road.

Due to the erratic and threatening behavior of the subject, the trooper exited his vehicle and gave the subject commands to “get on the ground.”  The subject again refused commands, at which time the trooper deployed his TASER.  The TASER proved ineffective, whereupon the trooper attempted a second deployment of the taser.

Upon the second ineffective deployment of the TASER, the subject charged the trooper and violently attacked him.  The attack can be characterized as extraordinarily vicious.  Within seconds, the trooper was in a fight for his life.  The subject struck the trooper with fists, headbutt, and full-kick strikes, knocking him to the ground at least three times.

The trooper was taken to the hospital where he was treated for injuries and released.