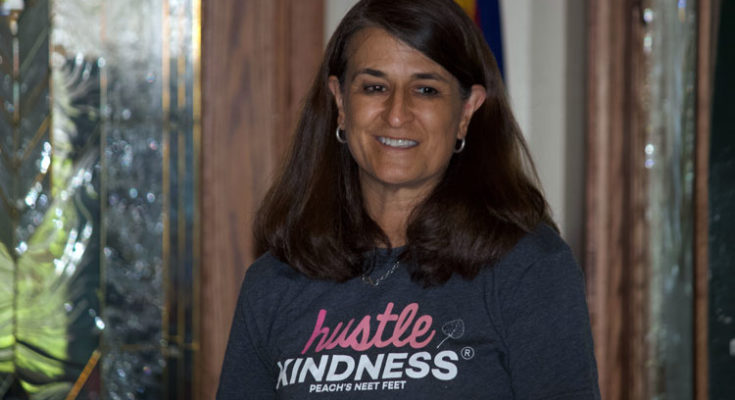 SAFFORD – Perjury is defined as occurring when an individual willfully makes a false statement during a judicial proceeding after he or she has taken an oath or affirmation to speak the truth.

During a hearing Wednesday afternoon, defense attorney Daisy Flores accused Graham County Clerk of the Superior Court Cindy Woodman as having given false statements during her testimony earlier in the day at an evidentiary hearing for Manuel Ramon Campos, 38, regarding the mishandling of evidence. However, Flores never said the word “perjury” and Woodman said she believed her testimony to be truthful.

During her earlier testimony, Woodman said she had been inclined to find a more secure spot for the evidence in the Campos case after his guilty verdict for misconduct involving weapons/possession of a deadly weapon by a prohibited person. She said following the trial, which ran June 11 – 13, she noticed a Graham County Attorney’s Office secretary making copies in the clerk’s second-floor office while nobody else was in the office and that the vault door to where the Campos evidence and other cases’ evidence was stored was open. Woodman said she saw the Campos evidence on a table in the vault and closed the door. On June 20, Woodman contacted the Thatcher Police Department to pick up the evidence and secure it in its vault, which she was later found to have done in violation of proper court procedure.

While Woodman quite likely has a point about the scope of security of evidence in the vault, which is located in a room that can only be accessed by a numbered key code or through the courtroom itself, her timeline of events appeared to be off.

Courtroom clerk Savanaha Teo, who recently resigned from her position and served her last day Wednesday, was subpoenaed (along with Woodman) and testified that she remembered the incident Woodman referred to in her earlier testimony and that it took place June 10, the day before the start of Campos’ trial and a day before any of the evidence was transported to the courthouse.

Teo said she remembered it because she was in court and had to admonish Woodman and the secretary for being too loud in the office, which is right off the courtroom. She said she felt bad about it later and sent an email to the secretary apologizing. She then produced the email as evidence in court and it showed it was sent at 9:08 a.m. on June 10. The secretary responded to Teo’s email and said the new janitor had let her into the clerk’s office to borrow the copy machine. Teo also stated that there were no other times in which the secretary had been in the clerk’s office using the copy machine after that singular incident.

Cochise County Deputy County Attorney Daniel Akers asked Woodman if the testimony she gave earlier in the day was incorrect and she denied that by affirming what she had said earlier.

Akers then reiterated that if the encounter with the secretary was on Monday, June 10, then she could not have possibly seen the Campos evidence because it was still in the Thatcher Police Department’s vault.

“I do not believe that that was the case,” Woodman said.

“If it was the case, would you agree that had you then called the Thatcher city police that they could not have come and taken the Campos evidence because it was not here?” Akers asked. (sic)

Flores said she would send a letter to the Graham County Attorney’s Office to consider whatever charges they feel may be warranted for Woodman’s actions in court.

Graham County Attorney Kenny Angle politely declined to comment on the possibility of charging Woodman with perjury and cited the ongoing cases involving Campos as his reasoning. Additionally, since it involves a Graham County Attorney’s Office employee, the county would likely have to farm out any investigation and charging to a third-party from another county.

Clerk of the Superior Court Cindy Woodman also politely declined to comment on the proceedings. During her time on the stand, she reiterated that she has been trying to improve conditions in the clerk’s office regarding several items – including evidence storage – but has met resistance from other courtroom employees.

As far as the Campos case, Graham County Superior Court Judge Michael D. Peterson previously ruled it to move forward and Flores and her co-chair attorney, Dennis McCarthy, as well as Campos’ attorney on the Hess shooting case, had a settlement conference with Akers administered by Gila County Superior Court Judge Pro Tempore Gary Scales. While the parties all agreed the settlement conference was beneficial, no plea agreement was met and the trial dates are still set for Sept. 11 – 13 for Campos’ charges of aggravated assault with a deadly weapon, armed robbery, two counts of robbery, two counts of burglary, and disorderly conduct with a deadly weapon. His other trial regarding the the December 2017 shooting of Gary Don Hess, which includes two counts of aggravated assault with a deadly weapon, aggravated assault resulting in disfigurement, two counts of assault, discharging a firearm at a residence, three counts of disorderly conduct with a deadly weapon, three counts of endangerment, and possession of a deadly weapon by a prohibited possessor (Gila Herald: Campos arraigned on Hess shooting case – March 22, 2019), is scheduled for Sept. 14 -20 but may be rescheduled to fit Campos’ attorney’s schedule. That attorney has also filed a motion to change the venue of the trial, which will be heard in August.

Campos is also set to be sentenced Aug. 13, from 1:30 – 5 p.m. on his guilty weapons violation conviction, which is a Class – 4 felony, and with two prior convictions carries a presumptive sentence of 10 years in prison.