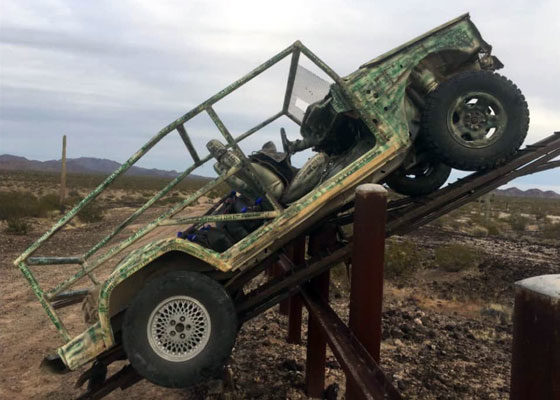 Contributed Photo/Courtesy U.S. Customs and Border Protection: A modified Jeep Cherokee gets stuck on a makeshift ramp laid over a vehicle barrier. Border Patrol chased the Jeep south back toward Mexico, and the occupants fled back into Mexico with suspected marijuana.

Recognizing signs of a possible vehicle incursion into the United States, additional Border Patrol agents on all-terrain vehicles were called in, and were assisted by an Air and Marine Operations helicopter crew, who began to look for the suspected vehicle.

The helicopter crew spotted a modified Jeep Cherokee containing 11 people and several suspected bundles of marijuana speeding south toward the international boundary, where limited border security infrastructure is in place.

After a failed attempt to drive across a makeshift ramp, the Jeep became stuck on the post and rail vehicle barrier, and the occupants fled into Mexico with the suspected marijuana.

No suspects or narcotics were found, however Mexican authorities were able to seize the vehicle.

Border Patrol agents found the location where the vehicle initially made entry into the U.S., and recovered two additional homemade vehicle ramps.

Border Patrol agents often work in remote locations with limited infrastructure, and extreme weather and terrain. They face evolving threats from smuggling organizations which endanger the public on both sides of the U.S./Mexico Border.

U.S. Customs and Border Protection welcomes assistance from the community. Individuals can report suspicious activity to Border Patrol by calling 1-877-872-7435 toll free. All calls will be answered and remain anonymous. 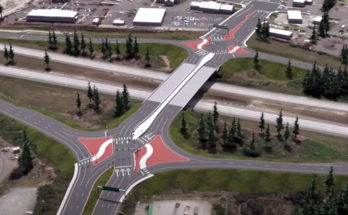 End of the line for roundabouts at I-17, Happy Valley Road 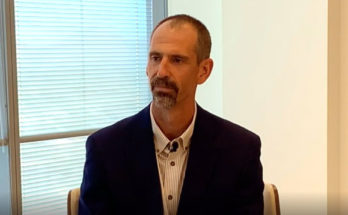