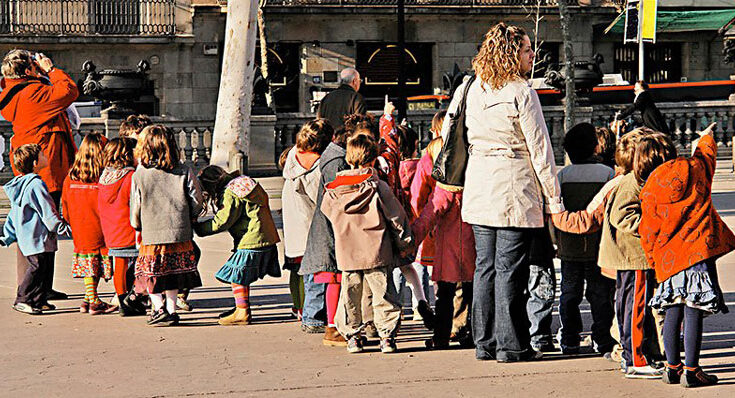 Photo By njxw/Creative Commons: A little-discussed part fo the American Rescue Plan, the latest pandemic relief bill, would expand the size and availability of the child tax credit, which could cover as many as 1.5 million children in Arizona. But the biggest change would turn it from a tax credit, that comes at tax time, to direct a direct monthly payment to parents.

UPDATE: The House of Representatives voted 220-211 on Wednesday to pass the bill with no Republicans voting for it. President Joe Biden is expected to sign the bill.

WASHINGTON D.C. – As many as 1.5 million Arizona children could benefit from an expansion of the child tax credit that would mean monthly checks to parents of up to $300 per child if approved by Congress this week.

The expansion is a little-discussed portion of the $1.9 trillion American Rescue Plan, the Biden administration’s sweeping pandemic relief bill that could win final approval from the House Wednesday.

Besides expanding the size of the benefit from the current $2,000 per child to as much as $3,600, the plan would turn what is now a tax credit into a regular monthly check, a major change that one advocate said could “really put a dent in child poverty.”

“There have been estimates that the child tax credit expansion will actually cut poverty for Black children by 52%, Hispanic children by 45% and Indigenous children by 61%,” said Alexandra Cawthorne Gaines, vice president of the Center for American Progress. “That is not insignificant.”

Supporters said the change would also benefit the economy by putting money directly into the hands of parents, who are expected to spend it on food, clothes, housing, and other necessities.

“Rather than waiting to get the refund at tax season, parents who qualify are actually going to get checks of roughly $250 to $300 per child monthly, starting this summer,” Cawthorne Gaines said.

Critics say that COVID-19 relief for families is needed, but that relief needs to be targeted. The administration’s $1.9 trillion American Rescue Plan – which includes funds for schools, health care, businesses, unemployment benefits, direct stimulus payments, and local government assistance, among other elements – is not the way to go about it, they said.

“The Child Tax Credit is just one portion of an almost $2 trillion bill,” Rep. Debbie Lesko, R-Peoria, said in a statement Tuesday. “Only 9% of the overall bill is related to COVID-19 vaccinations and health-related costs.

But backers of the expansion argue that it’s exactly because of the pandemic that the child tax credit expansion is needed now.

“I think in the last statistics I have seen, we had about a 20% poverty rate (in Arizona) and that was kind of pre-pandemic, so I have no doubt those numbers have increased,” McGowan said. She added that “children who experience a short stint of poverty, their economic outcomes later in life are devastating.”

The bill would make several changes to the child tax credit, which currently gives tax-paying families a tax credit of up to $2,000 for each child under age 17. But David Lujan, president and CEO of the Children’s Action Alliance in Arizona, said a major drawback of the current program is that “lower-income families have not been able to take advantage of the tax credit, because they just don’t have the income tax liability.”

“What has happened with the child tax credit up until now, is that middle-income and upper-income families have been the ones that have been benefiting from it because it hasn’t been fully refundable,” Lujan said of the credit.

Biden’s plan would remove the lower income threshold that had been keeping the poorest families from receiving the credit, and make the credits fully refundable. It would also expand the benefit to include 17-year-olds, and increase the credit from the current $2,000 to $3,000 for most children, $3,600 for those 5 and under.

The per-child credit would begin to be phased out for single parents earning $75,000 or couples earning $150,000, Cawthorne Gaines said. Lujan said that “as you go up the income ladder, the benefits will scale off.”

The Center on Budget and Policy Priorities estimates that 1.5 million Arizona children under 18 would still benefit from this expansion.

Advocates said the biggest change will be the direct monthly payment of benefits, instead of having to wait for a rebate at tax time. Those could start this summer, and “at the end of the year, the other half of that credit would actually be applied to people’s taxes and likely be refunded,” Cawthorne Gaines said.

“For Arizona, that means people are going to be able to be able to buy their groceries, they’ll be able to catch up on their rent, they’ll be able to make the everyday purchases that they need to make for themselves and their families,” she said. “So you could see this as a stimulus essentially for the economy, giving people money who need it the most through this tax credit expansion.”

The House is expected to pass the bill Wednesday and send it to President Joe Biden for his signature, capping “something that anti-poverty advocates have been looking to do for years,” McGowan said.

“Honestly, I think it could be one of the biggest dents in child poverty that we have probably seen in our lifetime,” she said. “I think it is going to be huge for low-income Arizona families, middle-income families as well.” 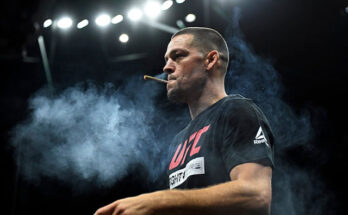 Jake Plummer, other athletes continue to push for pro-marijuana change in sports