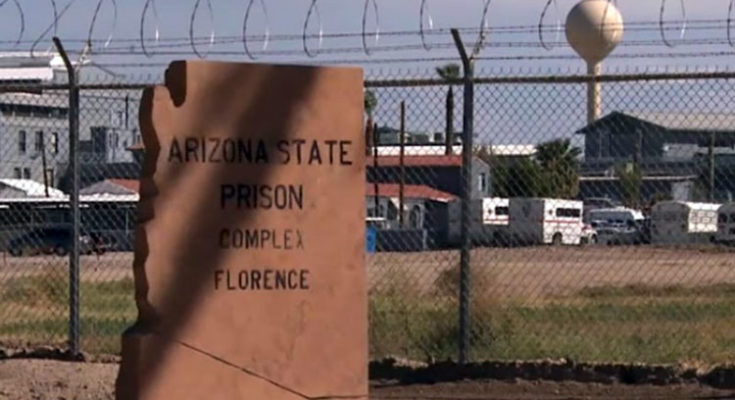 Photo By Cronkite News: Arizona’s most-recent execution was in 2014 at the Arizona State Prison Complex – Florence, where the condemned inmate gasped for air for almost two hours before dying from multiple injections of a lethal drug.

Washington D.C. – A federal appeals court ruled Tuesday that witnesses to Arizona executions have a First Amendment right to hear the entire execution process to help determine whether executions are done “in a humane and lawful manner.”

The ruling comes five years after the last execution in Arizona ended up with the condemned inmate, Joseph Wood, gasping for almost two hours and in apparent agony behind soundproof glass.

A three-judge panel of the 9th U.S. Circuit Court of Appeals agreed with the claim, by seven death-row inmates and the First Amendment Coalition of Arizona, that the ability to hear what’s happening in the execution room will foster a heightened level of transparency around the death penalty.

“People might say, ‘That sounds so gory, why do you want to hear what’s happening in there?’” said Morgan Loew, an investigative reporter with CBS 5 in Arizona and the president of the First Amendment Coalition. “What we’re doing is fighting for more access to probably the most final and irreversible act a government can make.”

The court rejected two other claims, that inmates have a First Amendment right to know the manufacturer and type of drugs to be used in the lethal injection and to know the qualifications of the individuals administering those drugs.

Attorneys for the plaintiffs said they were disappointed that the judges rejected those arguments and might appeal, but they welcomed the finding that corrections officials cannot silence microphones in the death chamber while an execution is taking place.

“If we’re going to have a death penalty, and going to carry out executions, it’s important for the process to be as transparent as possible,” said Dale Baich, an assistant federal public defender and one of the lawyers who represented Wood.

Calls seeking comment from the Arizona Attorney General’s Office and the Arizona Department of Corrections were not returned Tuesday.

Wood was one of six death-row inmates who had sued the Department of Corrections over an alleged lack of due process in executions – changing the type of drug to be used less than 48 hours before one execution, for example, or limiting notes in the official execution log.

But Wood, who murdered his ex-girlfriend and her father in 1989, eventually exhausted his appeals and was scheduled for execution at Arizona State Prison Complex Florence on July 23, 2014. That execution was “botched in several ways,” according to the opinion by Circuit Judge Paul J. Watford.

Wood rose up and gasped for air 12 minutes after he appeared sedated by the first injection, then struggled to breathe for the next two hours, during which corrections officials eventually administered 15 doses of the fatal drug, though Arizona’s protocol only calls for two.

“According to journalists who attended the execution, Wood appeared to be in agony throughout the process,” the opinion said.

But witnesses could only hear on a few occasions, when corrections officials turned on microphones in the death chamber to make an announcement.

“One of the issues that come up over and over again is whether the prisoner is gurgling or snoring or choking or what,” said Ron Dunham, executive director of the Death Penalty Information Center, which was not involved in the case. “It’s really important to hear what’s happening, as opposed to just seeing it through glass.”

Loew said Wood’s execution “sort of highlighted the fact that the media does not have a ton of access to what’s happening behind the scenes for executions here.” The coalition went to court to “expand the media access and public access to the execution process,” he said.

Watford said in his ruling that it would not be burdensome and there is no security reason why corrections officials, who already open a microphone for part of the execution, could not leave it on the whole time, rather than shutting it off once the lethal drugs are administered.

The court would not grant the plaintiffs’ request for more information about the lethal drugs.

But Baich said the 9th Circuit’s focus on “the repeated failure by the state to follow its own law and protocol” in executions should force the state to behave more appropriately in the future.

The court also rejected the claim that inmates and the public should be able to know the qualifications of the individuals administering lethal injections. The plaintiffs claimed that under current rules “an amateur with an online certificate” could be authorized to carry out the injection or insert intravenous lines to administer drugs.

“We’ve learned from discovery in the litigation that Arizona employs people who lost nursing licenses, or who had narcotics violations or a DUI,” Baich said. “So we want to make sure that if someone is serving in that role, that he or she has the proper qualifications to do the job and do it safely.”

Loew said the suit was not about the death penalty itself but “about whether the press and the public through the press, have a right to know what’s happening in that process.” And making the process “as transparent as possible” could lead to a debate on the larger question, Baich said.

“Coverage by the media will be more comprehensive,” he said. “And that, in turn, will help the public determine if executions are being carried out in a humane and lawful manner in the state of Arizona, and also an informed debate about whether the death penalty is sound public policy, or a relic of the past we should abandon.”

Until then, the advocates said they plan to keep pushing for answers.

“When the government says, ‘I’ve got to hide something,’ you’ve always got to wonder why,” Dunham said.