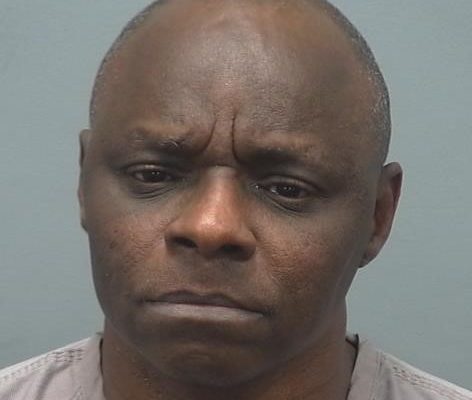 Contributed Photo/Courtesy GCSO: Eric Harris was given a maximum sentence of 15 years in prison for violating his terms of probation. Harris was previously convicted of attempted molestation of a child and sexual assault.

On Wednesday, June 27, Eric Lattrice Harris was sentenced to a maximum term of 15 years in the Arizona Department of Corrections in the Graham County Superior Court.  Harris, who was convicted in 1998 for attempted molestation of a child and attempted sexual assault – both class 3 felonies and dangerous crimes against children – was originally sentenced to 10 years in prison for the attempted molestation charge, followed by a term of probation upon his release from prison for the attempted sexual assault charge.  The conviction stemmed from an incident which involved the inappropriate touching of his 6-year-old daughter.

On May 7,  a petition to revoke Harris’ probation was filed in the Graham County Superior Court.  After the County Attorneys office refused to give the defendant a plea agreement to resolve his case, the defendant admitted to the charged violation of probation, leaving complete sentencing discretion to the court.  This discretion would allow for any sentence ranging from reinstatement to probation up to a prison sentence of no fewer than five and no more than 15 years.

Arguing for reinstatement, the defendant explained to the court that he had done the best he could on probation and pleaded with the court to give him another chance and reinstate his probation.

Graham County Chief Deputy Attorney L. Scott Bennett, who prosecuted the case for the state, argued if that was truly the best the defendant could do while on probation, then the only appropriate sentence was the department of corrections.  Bennett explained that the defendant’s efforts on probation and his inappropriate sexual behavior was well below what is socially acceptable and if that is the best Harris can do, then his best leaves the community in danger and unprotected from the defendant if he was reinstated to probation.  Bennett explained that the only way to protect the community and make sure that no one else is hurt by Harris was to give him the maximum sentence of 15 years.

After the hearing, Bennett was pleased with Judge Stauffer’s decision.

“I am glad the judge shared the same concerns that I did about this defendant,” Bennett said. ” He has hurt a child in the past, and since he can’t get on board with his treatment, he is just not safe to have in our community.  I really appreciate both Judge (Michael D.) Peterson and Judge Stauffer, who understand that these guys can be dangerous, and I really appreciate it when they let the community know we won’t stand for this.”

“Typically, we offer a plea to resolve this type of case, but as I wanted a maximum sentence and our proof in this case was strong, I did not make an offer, so I could argue for the max.  I am glad I did. The community will now be protected from Mr. Harris for a very long time.”