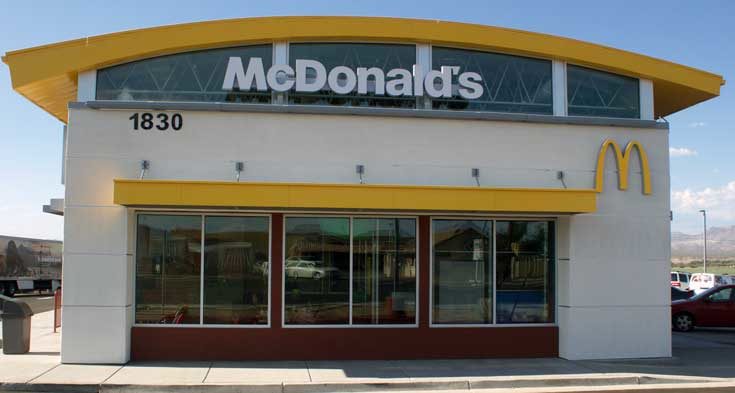 Jon Johnson File Photo/Gila Herald: A group of reported college students caused a ruckus at the McDonald’s restaurant in the early morning hours of Dec. 8.

SAFFORD – Short-handed staff members were overrun by reportedly rowdy college students who abused the staff and stole food from McDonald’s in the early morning hours of Dec. 8.

According to a Safford Police report, an officer was dispatched at about 2:33 a.m. to the restaurant at 1830 W. Thatcher Blvd. regarding a rowdy group of alleged college students who were abusing employees, stealing food, and knocking over counter displays and causing a general ruckus. However, by the time an officer arrived at the restaurant, the offending group was gone.

Upon arrival, an employee advised the group of approximately 25 students had been coming in for the past few days and their behavior had increasingly gotten out of control. The employee listed the rabble-rousers as students, but the Gila Herald could not independently verify that the perpetrators do indeed go to school at the local college.

Additionally, two women had the food they ordered repeatedly taken by men in the group and the McDonald’s staff finally decided to stop making the women’s food because staff believed they were part of the rowdy group. The women denied knowing the men and said they had been waiting for their food for about an hour. They advised the restaurant also refused to refund their money.

While that was going on, the night manager was dealing with an employee who suffered a burn to his hand from one of the grills. Paramedics from Lifeline Ambulance were also on hand to treat the employee.

When questioned why the restaurant hadn’t called police earlier if this was an ongoing situation for the past few days, the manager replied that previous to that day’s events the group had simply been loud and messy.

However, on that day, employees allege the group had thrown items around the store as well as stealing food from the prep table behind the registers and food that was at the counter that wasn’t theirs.

After the officer’s arrival, employees finished the food for the women who had been deprived of their meal. The officer also advised that if the same group came back in to call the police immediately. The officer also asked the restaurant to review surveillance video and contact the Safford Police Department so the subjects could be identified, cited for theft, and trespassed. As of the officer’s report, the males had not been identified and McDonald’s had not followed up with its surveillance video.