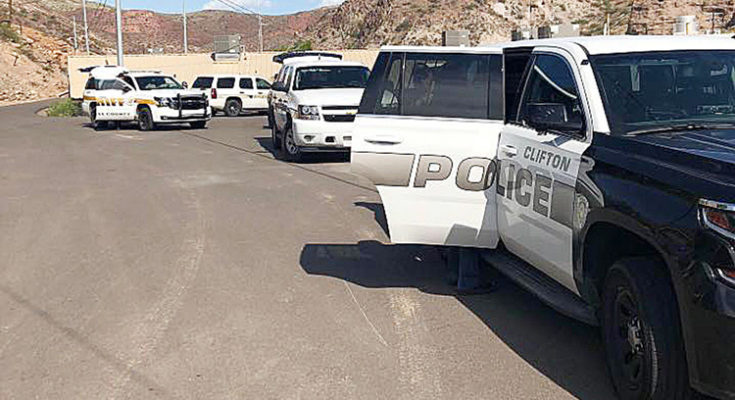 Contributed Photo: A suspect in the drive-by shooting homicide in Clifton was arrested and is expected to be brought back from Tucson to Clifton today. (Photo from a previous incident)

Expected to be brought to Greenlee County today

CLIFTON – A man suspected of murdering a mine employee on his way to work at the Morenci mine early Monday morning was arrested by the Pima County Sheriff’s Department in Tucson late Monday night/early Tuesday morning. The suspect, identified as Eduardo Montano Jr., 36, of Tucson, is expected to be brought to Greenlee County today and booked into the Greenlee County Jail.

Matt Misener, 35, of Safford, was on his way to work at the Morenci mine and was driving a black Chevrolet Tahoe when he was shot and killed by an occupant in another vehicle as he entered the “Horseshoe Curve” between Clifton and Morenci on U.S. Highway 191. The incident took place just before 5 a.m. and the Clifton Fire Chief saw the bullet-ridden vehicle and reported it to police. The highway was closed for the incident for roughly five hours and traffic was rerouted to Shannon Hill, while commercial vehicles had to wait out the shutdown.

Montano had already been in custody for questioning as reported yesterday in the Gila Herald, and, during the connected investigation, detectives established probable cause to arrest the suspect for homicide, according to Clifton Police Chief Omar Negrete.

“Right now, we’re still following on leads,” Negrete said. “Though we have established probable cause that he is involved in this there are other leads that may lead to other people involved.”

Misener was scheduled to go to a hearing today regarding an attempt to establish full custody of his three children he shared with his ex-wife and investigators are looking into if that issue had anything to do with the homicide. A GoFundMe account has been started to help the family with funeral expenses. Click here to view the account or donate.

“We’re trying to establish the motive and that’s why we are looking at other leads,” Negrete said. “Investigators are headed back down to Tucson to continue the investigation, so this is still ongoing. Although we do have him under arrest, we still have to do the forensics part of it  and still follow up every lead that we have.”

The Clifton Police Department is also asking the public to come forward with any information they may have in this case and contact them at (928) 865-4566.

This article was updated at 4:37 p.m. to include the identity of the homicide suspect. 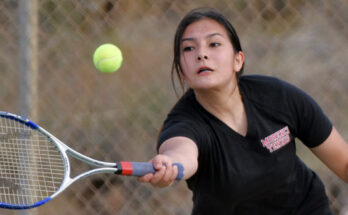