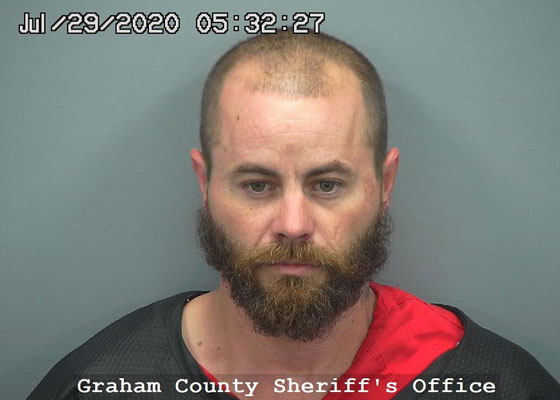 Contributed Photo/Courtesy GCSO: Harrison Scott Blake, 36, of Safford, pleaded guilty to molestation of a child and was sentenced to 15 years in prison.

Blake was given credit for 57 days served but will have to serve flat time on his 15-year sentence. That means he will likely be eligible for release in the fall of 2035.

Upon his release from prison, Blake must register as a sex offender and will be on lifetime sexual offender probation, according to his plea and sentencing.

The case stems from a Safford Police investigation regarding Blake inappropriately touching a child under the age of 15. Blake was arrested in July on the offense and was sentenced just three months later without having to put the victim through a trial.

This article was corrected Wednesday at 4:36 p.m. to show that Blake will serve a flat term of 15 years. The court’s sentencing minutes mistakenly put that it was ordered he be eligible for one day off for every six served.