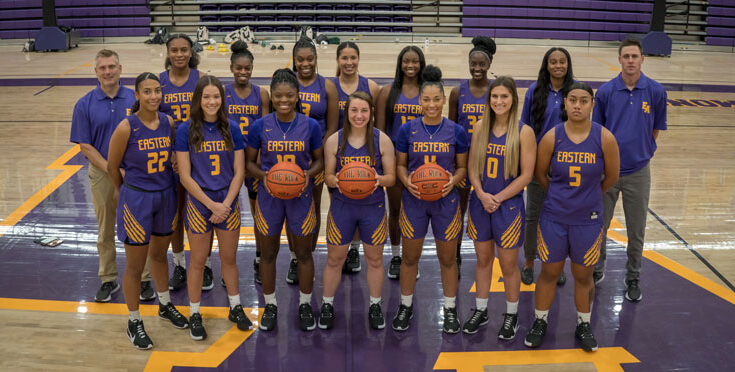 THATCHER — The Eastern Arizona College women’s basketball team won the National Junior College Athletic Association (NJCAA) Region 1 championship with its 56-47 win over Arizona Western College on Friday night. With a conference record of 16-2, the Lady Monsters are ranked 22nd in the nation and now proceed to play in the NJCAA National Tournament scheduled for April 19–24 in Lubbock, Texas.

Head Coach Cameron Turner, the Arizona Community College Athletic Conference (ACCAC) Coach of the Year, said he is proud of his team’s commitment during a condensed season due to COVID-19.

“This team has worked hard from day one and stuck with the program despite pandemic challenges,” said Turner. “Playing in the National Championship was our goal from the beginning of the season. They only take 24 teams from across the nation so this is a huge accomplishment.”

The Lady Monsters began the season with a 61–51 win over Arizona Western College on Feb. 5. The team lost only two conference games to finish the season at the top of the standings.

In addition, the Lady Monsters were recognized with the following ACCAC All-Region Honors:

The NJCAA National Tournament will be held at Rip Griffin Center in Lubbock, Texas, from April 19–24. Livestreaming information is forthcoming.