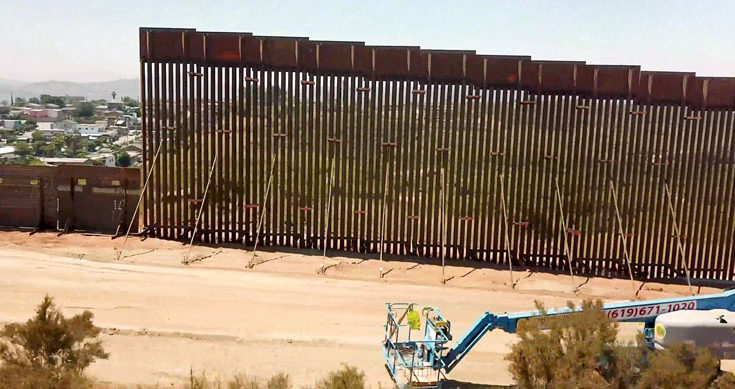 Contributed Photo/Courtesy U.S. Customs and Border Protection: This video still shows some of the new bollard wall along with legacy border barrier.

Since January 2017, the Department of Homeland Security (DHS) and U.S. Customs and Border Protection (CBP) have received funding to support the construction of up to approximately 201-205 miles of new border barriers through a combination of appropriations and the Treasury Forfeiture Fund (TFF). This funding is supporting the top border barrier priorities for the U.S. Border Patrol (USBP).

CBP also has completed approximately 10 miles of the 80 miles of new border wall funded by Congress for fiscal year 2018. The $1.375 million assigned for construction will allow CBP will focus its construction efforts in priority areas in the Rio Grande Valley and San Diego.

Border wall construction planning efforts will continue in fiscal year 2019, as CBP will use $2 billion authorized by Congress to build approximately 85 miles of new border wall focus in the Rio Grande Valley.