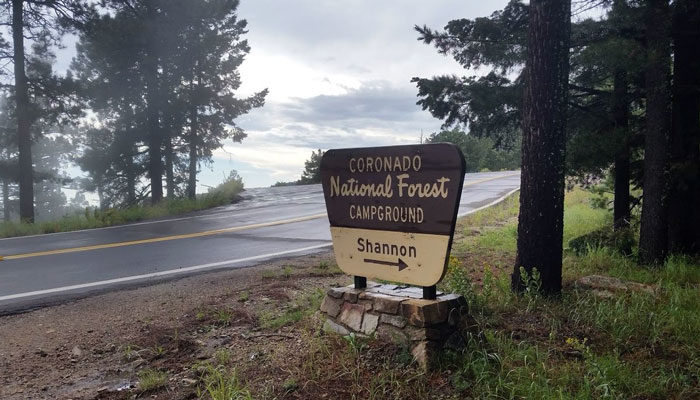 Photo By Arizona Game & Fish Department: Five people, including a 4-year-old girl, were attacked by a bobcat at the Shannon Campground on Sunday night.

MOUNT GRAHAM – A bobcat reportedly attacked five people at the Shannon Campground on Mount Graham on Sunday night. One of the victims was listed as a 4-year-old girl with multiple scratches and bites. The victims were from the same family who lives both locally and in the Mesa area.

According to a Graham County Sheriff’s Office news release, the bobcat initially attacked the 4-year-old girl and the other victims received injuries while trying to stop the attack. At one point, a 34-year-old victim reported rolling on the ground with the bobcat. A witness reported that even after the bobcat was separated from the child, it tried to attack her again but eventually ran away.

Authorities were advised of the situation at about 7:39 p.m. Two vehicles began transporting the victims down the mountain but was stopped at Arcadia, where they were met by paramedics and law enforcement.

All of the injured parties went to Mt. Graham Regional Medical Center, where they were treated and released, according to the Arizona Game & Fish Department. Three adults and two juveniles were injured in the attack, ranging in ages from 4 to 63. The injuries ranged from scratches and cuts to hands, thighs, face, and head, as well as bite marks, according to the release.

A team was coordinated to locate the bobcat, but as of Monday morning, the animal had not been found. A warning has been posted to avoid the Shannon and Snow Flat campgrounds until the animal is located.

The Arizona Game & Fish Department also advises anyone who sees an aggressive bobcat in the Mount Graham area to call 623-236-7201.

This article was updated Tuesday morning to include information from a Graham County Sheriff’s Office news release.