The incident occurred at approximately 2:55 p.m. when a 25-year-old man driving a blue Chevrolet Silverado approached the checkpoint along with an 18-year-old male passenger. A Border Patrol K-9 detection team alerted to the vehicle.  Agents sent the vehicle to secondary inspection for further investigation.

While in secondary inspection, Border Patrol agents discovered that there was methamphetamine in liquid form mixed in with the fuel of the vehicle.  Agents tested a murky substance within the fuel tank, which was consistent with the characteristics of methamphetamine.

“This seizure highlights the importance of our checkpoints. It also speaks to the outstanding work that Border Patrol agents do on a daily basis to keep our country safe and protect communities,” said Gloria I. Chavez Chief Patrol Agent of the El Centro Sector.

The total weight and value of the narcotics are unknown until lab results are concluded.

The two men, both United States citizens, the narcotics and vehicle were turned over to the Drug Enforcement Administration. 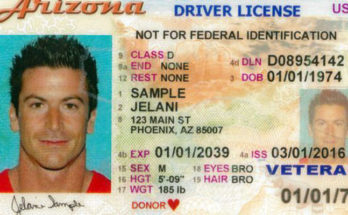 Election results are in!