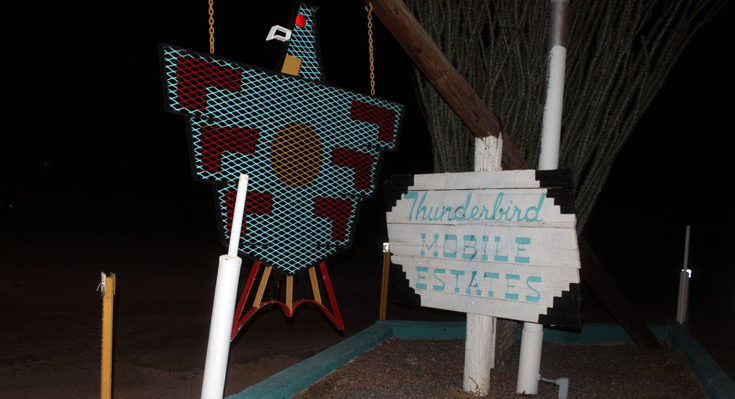 GRAHAM COUNTY – The Graham County Sheriff’s Office made a gruesome discovery Saturday morning when they unearthed the remains of two bodies buried in a shallow grave in Thunderbird Mobile Estates.

According to Graham County Sheriff P.J. Allred, the remains have yet to be positively identified. However, the remains appear to be that of an adult woman and man. A forensic examination will be conducted by the Pima County Coroner’s Office to identify the bodies and see how they died.

The Sheriff’s Office received information about the burial site Friday, and an investigation quickly began to determine the validity of the source.

Early Saturday morning, deputies were out in force at Thunderbird Mobile Estates and exhumed the remains.

The case is being treated as a possible homicide and is under investigation by the Graham County Sheriff’s Office.

Allred said a press release would be forthcoming.

“We’ll get something and put it together,” Allred said.

The case is reminiscent of the 2014 discovery of 3-year-old Makayla Marie Sanchez, who was found buried in the backyard of a Thatcher residence.

In that case, Makayla was murdered by Joshua Matthew Cisneros, who beat her to death and then buried her along with Makayla’s mother, Anna Marie Sanchez, being complicit. The pair then continued to collect benefits on Makayla’s behalf.

Cisneros stomped on Makayla’s back the evening of March 24, 2012, after she had a bathroom accident at a local store. He then beat her again the following morning and delivered a fatal blow to her head that crushed her skull. He and Sanchez then buried her to hide his crime and she remained buried until July 9, 2014, when authorities finally found her.

Cisneros pleaded guilty to seven separate counts and was sentenced to 27 years on a murder charge with a total sentence of 36 to 40 years, while Sanchez was given a 22-year sentence for her role in the crime and coverup.

The Gila Herald will update this article when more information is available for release.