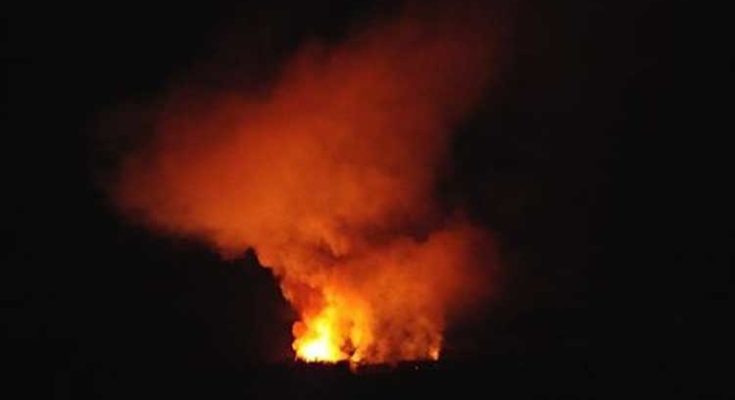 Contributed Photo/Courtesy Gayle Black Orth: The Thomas Fire burned approximately 234 acres of wildland near the Gila River in the Fort Thomas area over the weekend. The fire is believed to have been human-caused.

FORT THOMAS – A likely human-caused wildfire near Fort Thomas was more than 75 percent contained as of Monday.

Bureau of Land Management Wildland Fire crews had battled the blaze near the Gila River in the Fort Thomas area since its inception Friday. The fire grew to roughly 234 acres, but a Sunday night rainstorm helped crews stifle its growth.

According to BLM Public Affairs Specialist Dolores Garcia, no more significant growth was expected and resources still at the scene Monday were only on mop-up duty.

The BLM believes the fire to have been human-caused, but it remains under investigation.

A total of two hand crews and two engines worked the blaze, along with an aircraft that flew over the fire Saturday.