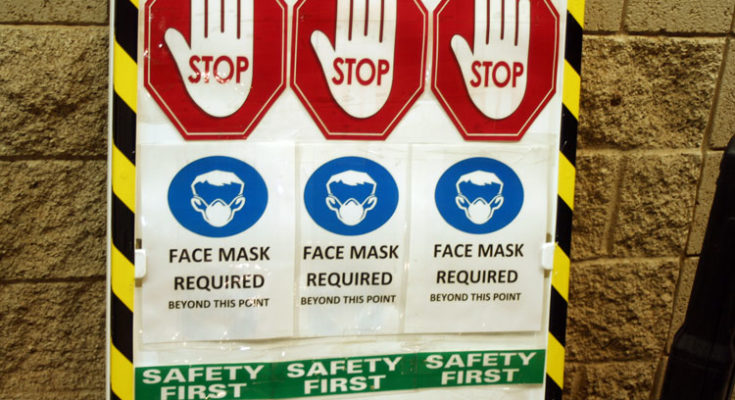 Walt Mares File Photo/Gila Herald: A large sign in front of the Morenci Conoco warns customers to wear a protective face mask before entering the store. The Arizona State Senate has passed legislation that allows businesses to decide whether or not to enforce mask mandates on their premises.

PHOENIX – On Thursday, the Arizona State Senate approved HB 2770, legislation sponsored by Representative Joseph Chaplik (R-23), which empowers businesses in Arizona to decide whether or not to enforce on its premises a mask mandate that is imposed by politicians from the state, county, city/town or other jurisdiction in Arizona.

“The need for this bill now is more evident than ever,” said Representative Chaplik. “Recent developments show that without a protection in law, businesses and their customers are subject to the decisions of local rogue politicians who want to control you indefinitely. This bill did not receive any Democrat votes throughout the entire process. I would hope the Governor signs this bill as it does exactly what his temporary executive orders do, but now permanently.”

The bill was then transmitted to Governor Doug Ducey.

Joseph Chaplik is a Republican member of the Arizona House of Representatives serving Legislative District 23, which includes Scottsdale, Fountain Hills, and Rio Verde.