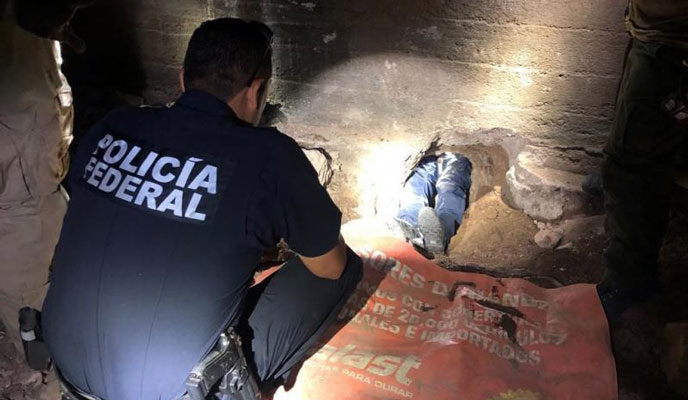 Contributed Photo/Courtesy U.S. Customs and Border Protection: An international team of agents from both the United States and Mexico discovered and inspected a human smuggling tunnel under Nogales on Wednesday.

The tunnel’s entry point was found several meters below street level inside a legitimate cross-border storm drain that runs into the U.S. from Mexico. The tunnel, located approximately 75 yards west of the Port of Nogales, DeConcini Crossing, extended 12 feet into the U.S. and five feet into Mexico.

U.S. Border Patrol agents and Policia Federal entered and explored the tunnel, where agents discovered various digging and cutting tools. No one has been arrested in connection with the discovery at this time.

Authorities on both sides of the border continue to monitor and inspect the incomplete tunnel until it is secured and remediated.

Tucson Sector Border Patrol partners with Mexican law enforcement to detect tunnels under construction to prevent the movement of illegal contraband or persons across the border.

Customs and Border Protection welcomes assistance from the community. Individuals can report suspicious activity to the Border Patrol by calling 1-877-872-7435 toll free. All calls will be answered and remain anonymous.