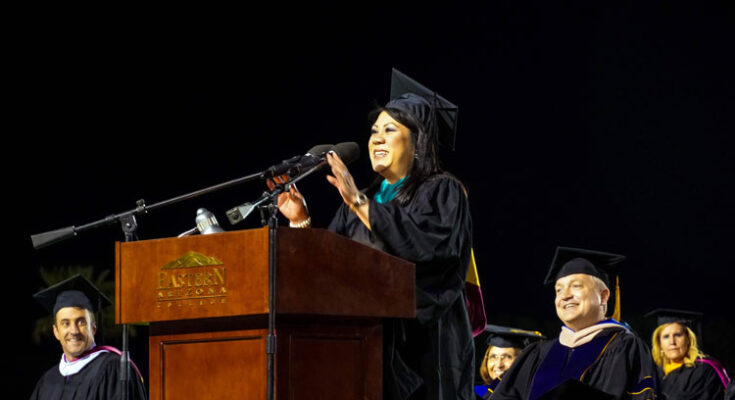 PHOENIX – Republican Arizona State Treasurer Kimberly Yee announced Monday that she is running for governor in 2022.

“As your next governor, I’ll continue President Trump’s fight to secure our southern border,” Yee stated in a video announcing her candidacy.

Yee also advised she would fight to stop “socialist policies” from coming to Arizona. She and her husband own and operate a dental practice in the Phoenix area.

“Our way of life is under attack by the corrupt press, reckless corporate leaders, and politicians who put socialist ideals over people, our freedom of speech, and our elections.”

Yee was in the Gila Valley earlier this month and delivered the commencement address for Eastern Arizona College’s graduation ceremony. Her husband’s family formerly owned and operated the Star Cafe in Downtown Safford (now El Coronado.)

Former Nogales Mayor Marco Lopez previously announced his intention to run for governor as a Democrat.